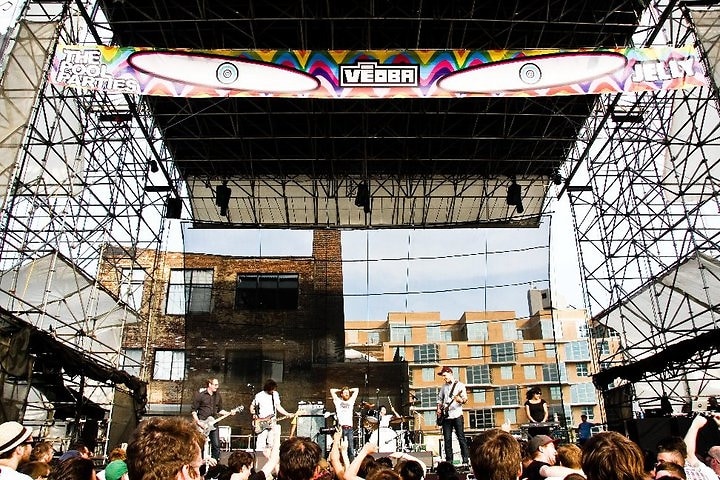 AllSaints, the go-to brand for all things leather and London grunge, has teemed up with the go-to Summer event for downtown taste-makers, the Williamsburg free summer concert series 'Jelly Pool Parties'.

After their first successful venture, AllSaints held their second VIP party last Sunday, the riot-ess fusion of leather, beer, rum, backstage views, not to be denied- cooling fans and uber cool hipsters caused such demand that the Police had to stop traffic due to overcrowding.

Also hanging out at the hipster VIP haven, were Agyness Deyn and Fiona Byrne who were video blogging and filming content for their much awaited videos for online magazine NAAG.com. They hung out with Elle's Style Director, Kate Lanphear, Nylon's Digital Director, Faran Krentcil, Harpers Bazaar's David Thielebeule, Cory Kennedy, Jessica Hart, Becka Diamond and Gigi Burris, and a host of other trendmeisters in Wayfarers and fedoras. 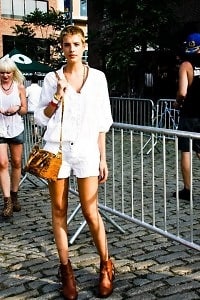 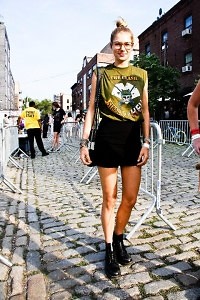 AllSaints has recently opened the fourth outpost of their gothic English brand in the States and will be celebrating inside their old-school English style pub at each of the remaining Jelly Pool parties to come.