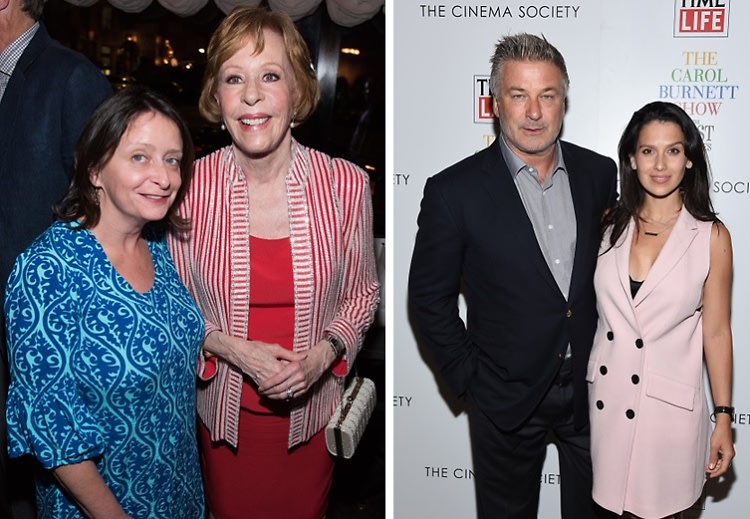 Wednesday night at The Roxy in Tribeca, Time Life and the Cinema Society hosted a screening of “The Carol Burnett Show: The Lost Episodes." Carol Burnett and Bob Mackie gave long time fans and friends the backstage scoop on what it takes to make 70 immaculate costumes every week, what went into crafting the original hit sketch comedy show, and how a fan letter and a Miss Fireball of Inglewood Pageant got co star Vicki Lawrence her start in comedy as a 17-year-old. The Q&A period moderated by Mr. Andre Leon Tally followed the private viewing and the night ended in cocktails named Eunice, Mrs. Wiggins, Nora Desmond and Mildred Fierce after some of Carol's most beloved characters.

The Carol Burnett show ran on CBS for 11 seasons from 1967-1978, and collected numerous accolades including 25 Emmy Awards and a listing in Time Magazine's "100 Best TV Shows of All Time". It doesn't come as a surprise that Burnett serves inspiration to many of today's most talented actors and comedians-and lucky for us, most of them were there last night. Rachel Dratch of SNL told Guest of a Guest that there's a hint of Burnett in a lot of what she did on the show. Another SNL alum Tina Fey expressed how inspiring Burnett's role as a female comedian in sketch comedy is to her, noting her impressive ability to play extremely silly character roles yet remain feminine. Broadway's Kristin Chenoweth was actually called out from the crowd by Burnett herself who deemed the actress a suitable successor and one of the most impressive women in contemporary showbusiness.

Guests also celebrated the innovative spirit and prolific execution of costume designer Bob Mackie who, with a team of about 50 sewers turned out numerous ensembles and hand embroidered garments every week. His modern approach to design encapsulated the style of a generation which we can now look back on in admiration. When you watch an episode of The Carol Burnett Show and see clothes in shades of bright tangerine, hot pink, and neon green, with the granny-style floral embroidery overlaying a sequin bodice, you know you're getting a glimpse into that particular era in fashion. Mackie dressed Burnett among many other icons including Cher, Diana Ross, Bette Midler, Judy Garland and Ru Paul- who was also in the audience, watching on in admiration and joining in with a question during the Q&A period regarding comedy today.

It was certainly an unforgettable evening with some of the industry's most sought after talent; hosted by the unforgettable duo that entertained a nation for over a decade and is still able make a theater explode with laughter today.