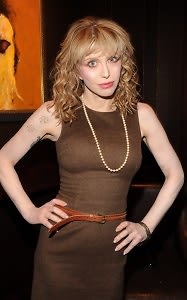 Walking into a party for the Cinema Society feels like stumbling on the set of next year's big Oscar winner. Literally everyone in the crowd is always a movie star or VIP. Last night's Cinema Society & The New York Comedy Festival, with DKNY Jeans after-party for Due Date, held at Lavo, was no different.

If you're not a name, it's a night of feeling like an extra. Courtney Love, whose crazy hi-jinks are heavily archived in public record, was in lady-like form wearing a pretty, conservative brown dress, and spent most of the evening talking to friends like Russell Simmons in a banquette in the corner. As a fan of C Love from her Hole days to her incoherent Tweets, I was a bit disappointed at the lack of antics but did get a small dose of classic Courtney in the restroom when she walked in and was ushered into the handicap stall by the attendant. Seemingly happy with her assigned area, she tipped the woman $10 before even using the facility (nice going!). 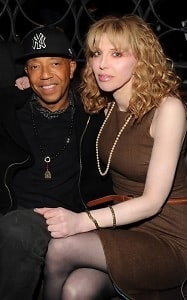 Other guests were also at their classiest, mingling, sipping Woodbridge Brut Sparkling wine and partaking in hors d'oeuvres like tuna tartare and crab cakes. Most cleared out early in the night, though Richard Kind (most recognizable for his role as Paul in "Spin City") came later in the night.

John Mayer also slipped in at some point, totally eluding my highly-attuned Maydar, and was only spotted when he was leaving. Never one to miss the opportunity to get near his Wonderland, I made my way near the exit only to find that he was already speaking to a brunette who was making it clear she did not want to say goodnight just yet. No love connection happened and as he climbed the stairs on his way out she called after him forlornly, "John? John?" Heart breaker, he didn't even look back.

Other stars in attendance at the screening and party included: 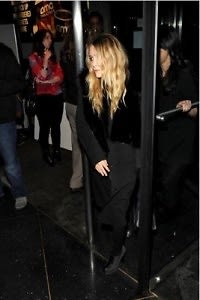