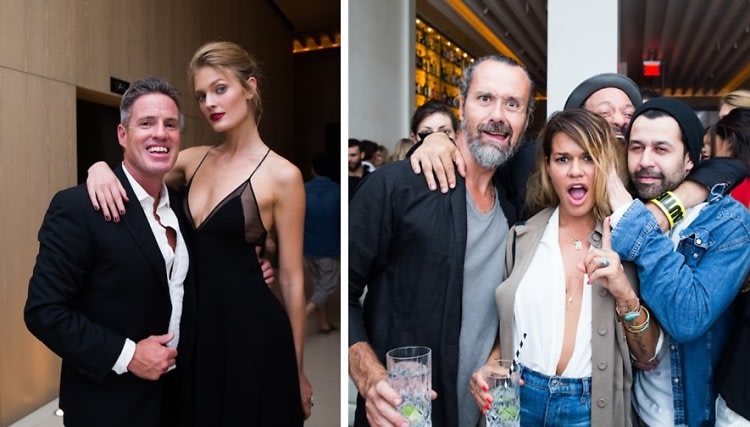 Photographer Ben Watts is known almost as much for his annual, raucous Montauk party as he is his vibrant photographs of celebrities and models (so, so many models), so it was fitting that the worlds collided last night as he launched his new tome Montauk Dreaming at Milk Studios.

The line to get in the party was down the block, something that's become as predictable as the entertainment inside, but who could blame the eager guests? Anyone would want to have drinks alongside so many pretty people, including Sara Sampaio, Jessica Hart, Oli Benz, and Josh Truesdale. But of course it was also Watts' (and Milk's) creative posse that kept the party enticing.

Chelsea Leyland DJ'd the party like it was a festival, gathering a wildly unique crowd behind her booth and even getting Mazdack Rassi to bust out some moves with Watts. Harif Guzman was game for the party, and showed off a new tattoo on his hand before making his way to a makeshift VIP section. Shortly after, part of the crowd headed to the EDITION hotel for the after-party, where they picked up right where they left off. Scott Lipps' One Management had a table that drew in Nur Khan and Michael Avedon. Jus Ske arrived in style with a beautiful woman, and made it up 5 steps before stopping for photographs with Mr. Brainwash and Jenne Lombardo. When things got too crazy at the lobby, Watts and Rassi moved the party to the penthouse, where they were joined by Constance Jablonski and Anja Rubik who had just come from the amFAR event. It was a wild night, but with Watts' we weren't expecting anything else.