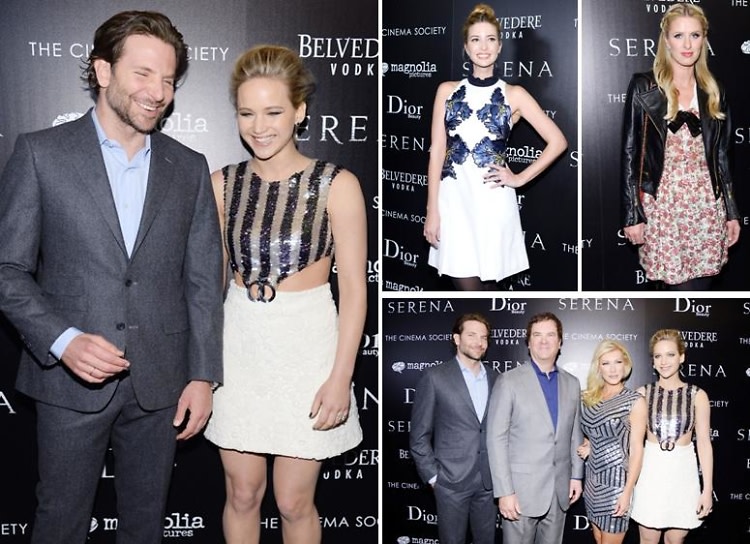 Co-stars yet again, Bradley Cooper and Jennifer Lawrence are no strangers when it comes to working the red carpet together. Over the weekend, The Cinema Society and Dior Beauty hosted a screening of Magnolia Pictures' Serena, their new film, at Sunshine Cinema in NYC. Cooper and Lawrence giggled before the camera before straightening out but that didn't stop them from joking again at the after party at the Top of the Standard later on in the night. Other A-list attendees included Nicky Hilton, Ivanka Trump, and producer Todd Wagner and wife Kari Wagner. Kelsey Grammer made an appearance at the after-party, where guests took in the stunning views of downtown Manhattan and sipped Belvedere cocktails named Mountain Moonshine and Pemberton's Punch. Click through for an inside look!