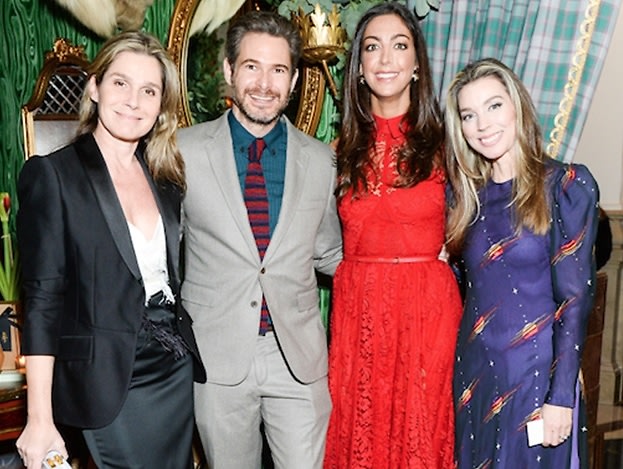 And just like that, the holidays are upon us.  Last night, master of aesthetics and event planner extraordinaire Bronson van Wyck was joined by Aerin Lauder to celebrate the opening of The Armarium Chalet at the storied St. Regis Hotel in New York. His always anticipated holiday pop-up is taking on a new spin this year, as he's teamed up with Armarium co-founders Trisha Gregory and Alexandra Lind Rose to bring haute couture, unique accessories, and one-of-a-kind gifts to the seasonal chalet. With an exclusive capsule collection by Tamara Mellon (inspired by Jeff Koons's Tulips) up for grabs, it's no wonder the city's chicest all came out to fête.