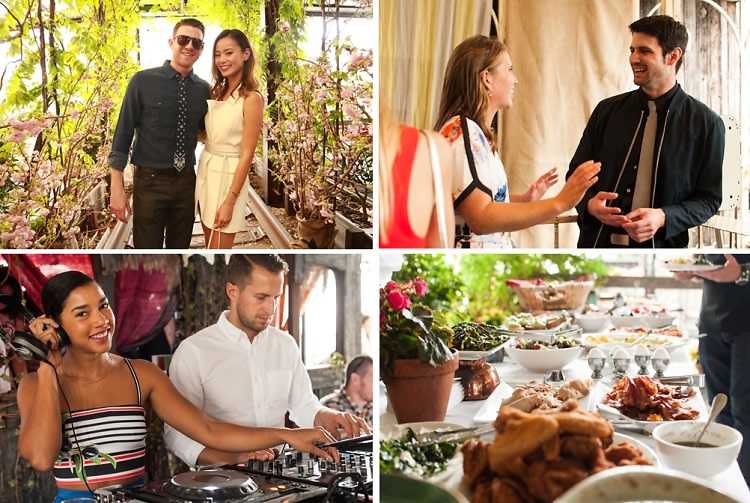 Brunch. Heartthrobs. It girls. All on a rooftop? Sounds like a solid Saturday to us. Over the weekend we snacked and sipped for a cause at the annual Olevolos Project Charity Brunch at the McKittrick Hotel. Hosted by actor and philanthropist Bryan Greenberg and presented by Microsoft at the lush Gallow Green rooftop, the afternoon event saw plenty of chic New Yorkers as well as Greenberg's celebrity friends coming out to do some good.

After his cousin, Dory Gannes, founded The Olevolos Project back in 2007, Greenberg told us he was moved to action when he visited Tanzania and fell in love with the people and their beautiful spirit. Since then, he's taken part in the organization which supports the educational and affiliated needs of disadvantaged and orphaned students from the Olevolos Village of Tanzania. His most recent visit, in January of 2015, proved to be another rewarding experience, as he formed a bond with a young woman named Esther who was a shining example of all the good work The Olevolos Project has done.

Joining Greenberg to support his efforts were, of course, his partner Jamie Chung, and friends James Lafferty, Andreja Pejic, Hannah Bronfman, and Brendan Fallis (both of whom also took a turn behind the turntables).