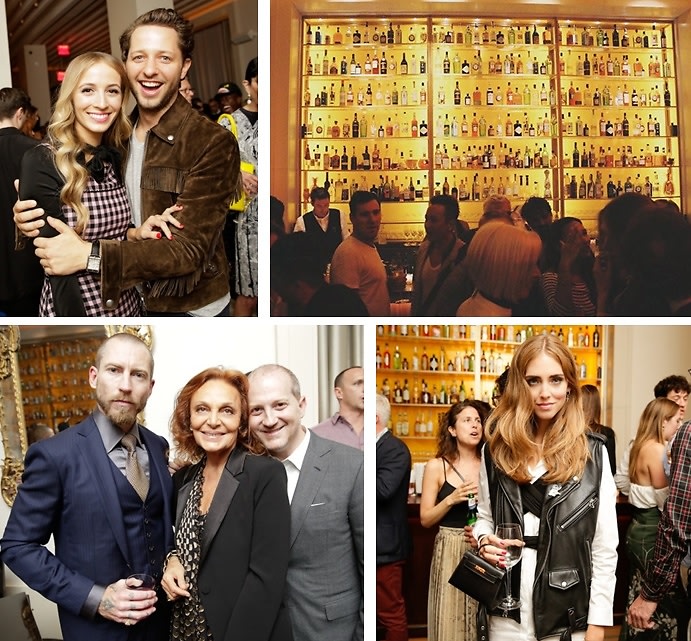 "The Business of Fashion is provocative, disruptive, fresh, intelligent and it always triggers your interest." That distinguished praise came from none other than Diane von Furstenberg last night at the EDITION Hotel, where the CFDA and Business of Fashion toasted the forthcoming BOF 500.

In the eight years since it formed, Business of Fashion has become one of the preeminent resources for anyone in fashion. Consequently, their BOF 500 list highlighting the people changing the fashion industry carries some clout. "We didn't do this to be provocative," BOF founder Imran Amed proclaimed when he addressed the crowd, quickly eliciting a smirk from Diane von Furstenberg. "Well maybe a little." Of course the guest list for the event featured the who's who of fashion, with leading figures like Derek Blasberg, Mickey Boardman, Waris Ahluwalia, and the bright young star Lucky Blue Smith. When von Furstenberg addressed the crowd, her mic kept cutting out and she quickly called out EDITION Hotel founder Ian Schrager (who wasn't present) for the technical difficulties. She paused and then stated "This is a beautiful hotel," drawing out laughs from the crowd.

The party felt very much like an industry night, a gathering away from the masses who dominated all the bashes the past few days. And no better host than BOF could remind us that NYFW is as much about the people willing to change the industry as the ones who are reveling in it.