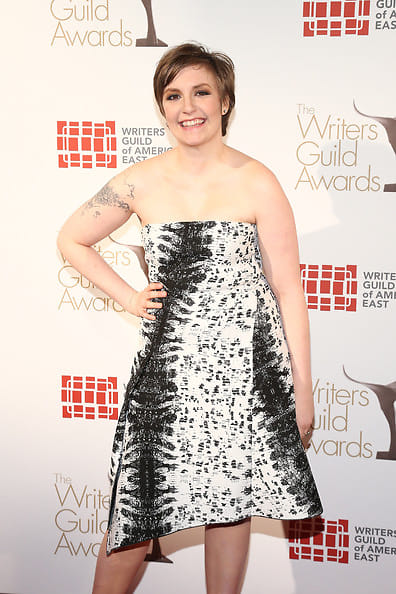 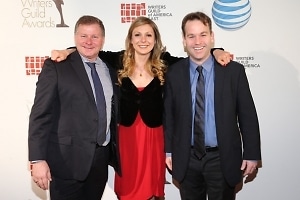 As a young writer, it's always exciting to spend time with on-screen personalities.  Even more special, however, is meeting (or merely sitting amongst) those who create beloved programming. Last night, the Writers Guild of America, East and its West Coast counterpart celebrated acclaimed writers in television, film, radio, video games, and web series. 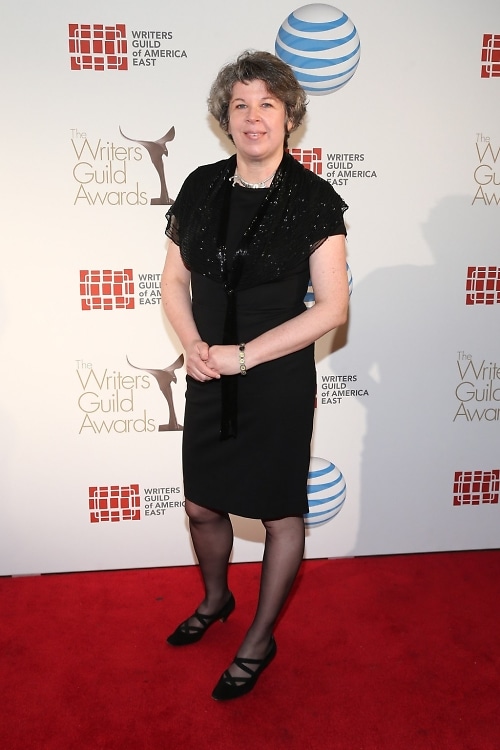 The red carpet at BB King's Blues Club saw, of course, famous faces, from Lena Dunham to Sesame Street's Sonia Manzano. Beyond these no-tip-sheet-necessary names, however, were attendees whose work spoke for itself: Life of Pi and Beasts of the Southern Wild screenwriters David Magee and Lucy Alibar, Simpsons writer Mike Reiss, and the team behind programs like Saturday Night Live, The Daily Show, and The Colbert Report. 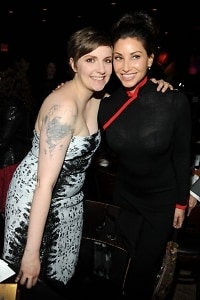 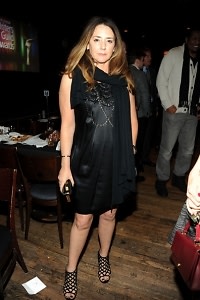 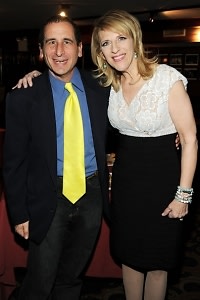 In between acceptance speeches, attendees were treated to Richard Kind's hosting, heavy doses of Jewish humor and quips directed at West Coast writers, and some highly unedited awards announcing (Lisa Lampanelli and Bored to Death creator Jonathan Ames, we're looking at you).

In one of the night's stand-out moments, author Meg Wolitzer offered an eloquent and powerful tribute to her friend Nora Ephron.  Wolitzer described how Ephron dedicated herself not only to her own writing but also to furthering others'.  She directly mentored young, emerging female writers (complete with servings of her classic chicken salad), but also, through her work, inspired countless others to pick up a pen and write a powerful story. 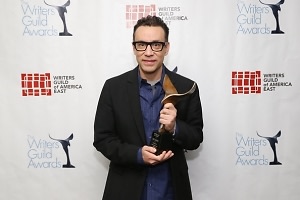 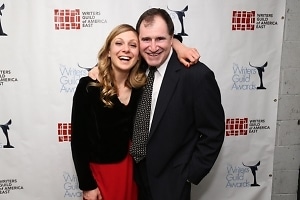 As we left the awards ceremony, we introduced ourselves to Lena. Like Ephron, Lena is admirable not only for her body of work but also a strong voice for those who are still finding theirs.  As she noted in her acceptance speech, her success is, in this sense, a testament to Ephron's legacy: Ephron encouraged women writers to break the rules and make some trouble, and we've been doing so ever since - one scene at a time. 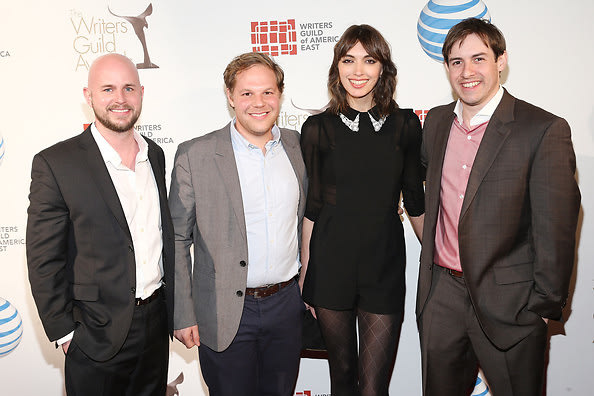