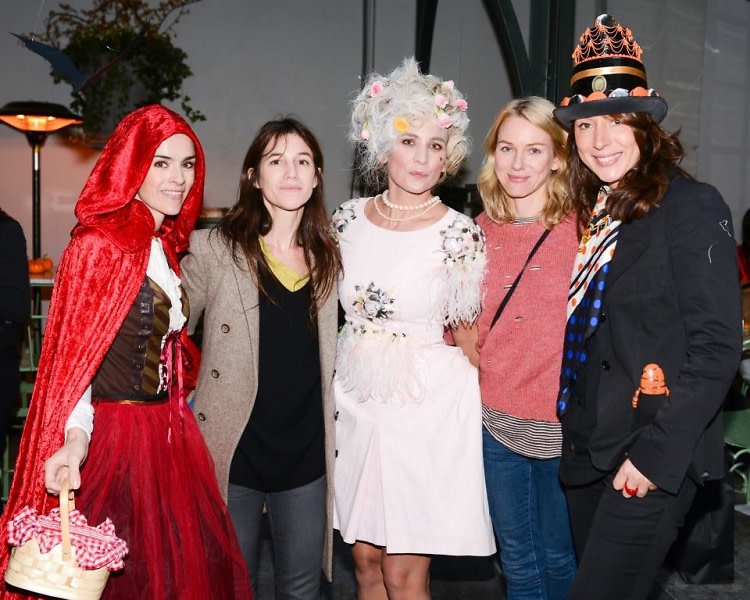 On Saturday, October 25, Bonpoint and Ladurée teamed up to throw a charmingly spooky French fête in SoHo, complete with a costume contest judged by celebrity stylist Jeanann Williams. Held in the joint garden between the two downtown shops, the chic party was filled with children dressed to the Halloween nines, running around between arts and crafts tables, face painting stations, and even an impressive magic show. While the grownups enjoyed champagne, there were plenty of sweet treats going around for the kids, including, of course, some orange and chocolate holiday-themed macarons.

Jeanann Williams held court as a delightfully modern Marie Antoinette, while Julia Restoin Roitfeld paired up with daughter Romy as Little Red Riding Hood and the (little) Big Bad Wolf - Romy, adorably, as the wolf. Movie star mom Naomi Watts watched over her sons as they explored the cobweb-covered grounds, and greeted fellow actress Charlotte Gainsbourg when she made an appearance with her own tots in tow.

The day of festivities finally led to the moment of truth - the costume contest. While Jeanann named Romy the fiercest wolf in the room, she couldn't help but give a shout out to her own doppelganger, a little girl who was dressed as a mini-Marie. When asked about her favorite part of Halloween, the ever-fashionable stylist named creativity and an exploration of self through dressing up as her picks, also sharing that she'll be trick-or-treating in the city with her daughter this Friday. But why the Marie Antoinette look? She wanted a fun, updated take on the French theme, of course. "Let them eat cake...and macarons!"