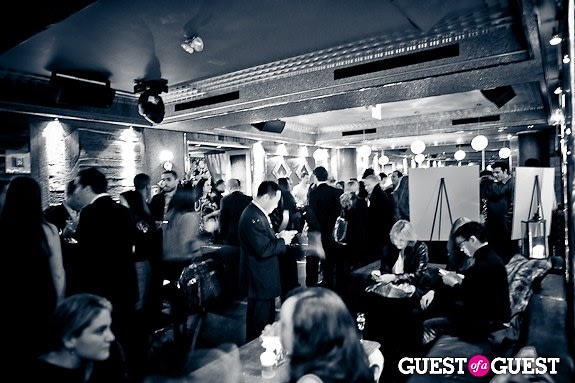 Go HERE for more photos by Joshua Wong, and tag yourself and your friends.

Last week offered up a mixture of high fashion and hip edginess. From the "Launch of Chic Report Party",  to the tech-savvy "SignatureHome (TM) Launch Party," to the "Bowry Lane Group Exhibition Opening at Charles Bank Gallery," attendees mingled the glam and debonair with the artsy and bobo.

Brandusa Niro and Paul Turcotte hosted the Launch of Chic Report, a joint venture between amNewYork and The Daily Group. Held at Covet Lounge, party feted the new blog vertical on dailyfrontrow.com. Given the fashion-heavy beat of the folks in attendance, it's no surprise they turned out in an ultra-swank way. That didn't mean, of course, they could both engage in some unrestrained laughter... 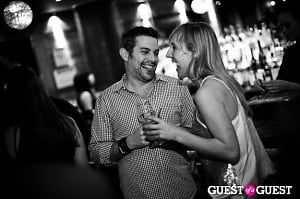 ...before returning to the staid and serious. 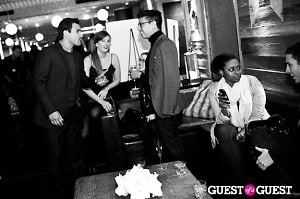 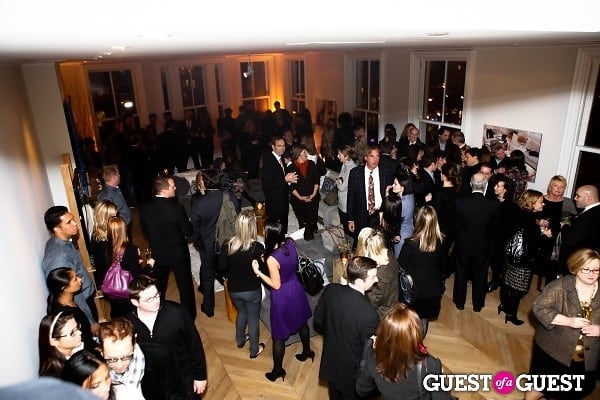 Go HERE for more photos by Benjamin Gustafsson, and tag yourself and your friends.

Don't think all those in the tech-space are geeks: The SignatureHome (TM) Launch party, which celebrated Time Warner Cable's new premium service, had its fair share of cool attendees partaking in a little holiday season flirtation. Meow! SVP of Brand Strategy Marissa Freeman and VP of Brand Strategy Kim Bates took in the revelry for their new venture. 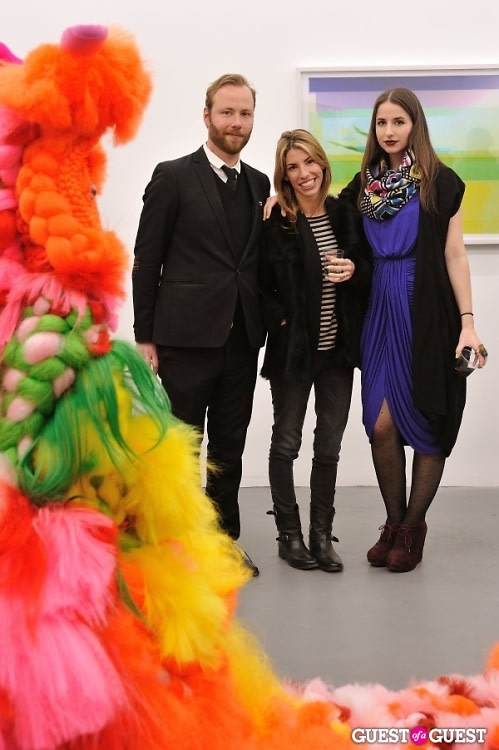 In a mixture of bright colors and goth MFA-student black, the gallery open brought out the multi-media troops in droves. They mused over dialectical interpretations of the contemporary are or held each other close for fear of critical misinterpretation.