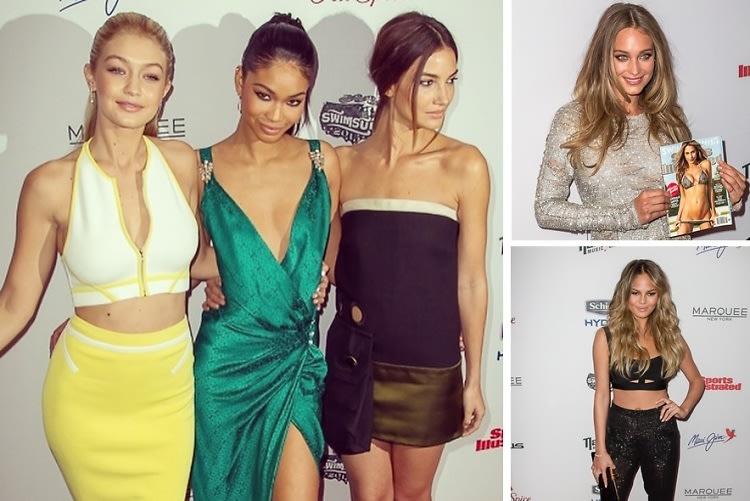 Last night cover model Hannah Davis and the rest of the Sports Illustrated Swimsuit models showed up at Marquee where they celebrated the launch of the annual special edition issue. Guests could barely take a few steps without running into one of the glamorous women, including Emily Ratajkowski, Gigi Hadid, and Chanel Iman. Additionally women's tennis champion Caroline Wozniacki was on hand to enjoy the party. Unsurprisingly, the entrance was swarming with would-be party crashers offering a few hundred bucks to get in. Better luck next time, guys!