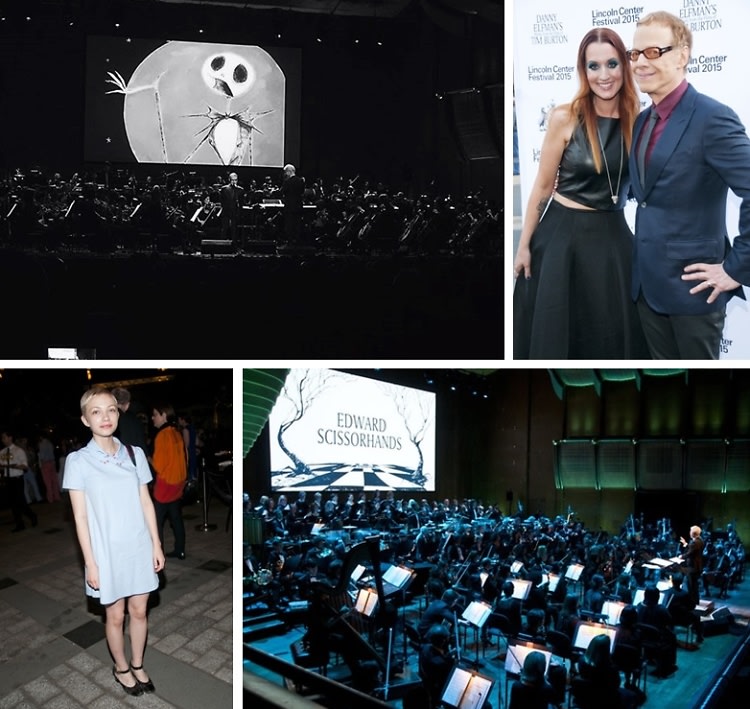 Tim Burton fans, much like Hot Topic goths, fall into a niche that not often coincides with one of fine art. But every quirky creep has his day. On Monday evening, Danny Elfman's Music From The Films Of Tim Burton debuted at Lincoln Center with a swanky affair, bringing to life some of the best cult favorites in film. Everyone from Tavi Gevinson to (so we hear) Johnny Depp was in attendance, with Ingrid Michaelson making a surprise appearance and, of course, Danny Elfman reprising his role as Jack Skellington. And no, it's not Halloween, but Pumpkin Kings and Queens were in their glory.

We don't know about you, but experiencing the snow-twirl scene from Edward Scissorhands performed live by a full orchestra is definitely going to remain up there as one of the top five moments in our life. Deal with it. And lest we forget, the solo performance by Black Swan-chic violinist Sandy Cameron just makes the whole show worth it, whether you're into dark humor and claymation or not. Hell yeah we gave this girl a standing ovation.

In the mood to don your best black lipstick and head out for a fancy night? Danny Elfman's Music From The Films Of Tim Burton runs until July 12th and you can get tickets HERE!