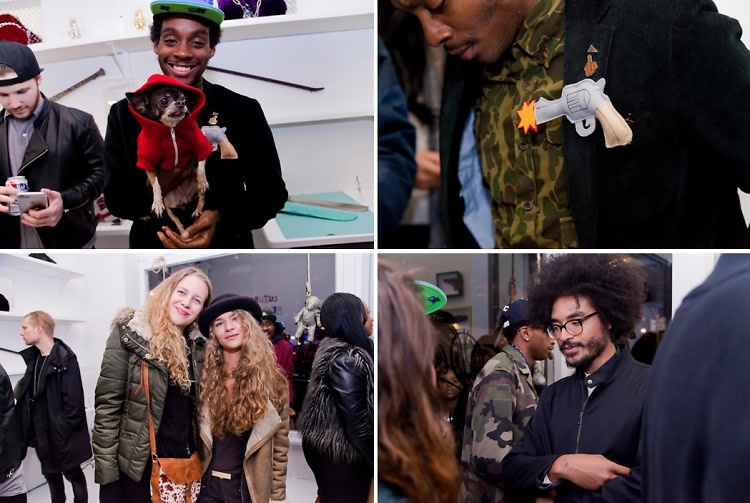 Twin brothers Dee & Ricky Jackson, rose to prominence designing accessories for the stars such as their famous Lego pieces which were used by Marc Jacobs, seen prominently on Kanye West's 808 & Heartbreak album cover and featured in various international publications. In their new series of work entitled "The Luxury Beatdown", the Staten Island natives combine luxury and traditional weapons. The items range from a cheetah print crowbar and plush boxing gloves to a gold-dipped grenade.

“The Luxury Beatdown series was inspired by fights we saw first-hand growing up in the projects of Arlington, Staten Island where people would use everyday items and turn them into weapons, like baseball bats, kitchen knives and other items of that nature. It wasn't unusual to see drivebys and stickups which we depicted in our art as well. We wanted to take this part of our life and combine it with the more luxurious part of the fashion world that kept us off the streets and out of trouble.” -Dee & Ricky

Their new exhibit is displayed from November 13th -30th at (blank) by Wallplay at the hole from 12pm-7pm daily. Further info on Dee & Ricky and Blank is available HERE

[Go HERE for more photos by Natalie Poette and tag yourself and your friends!]