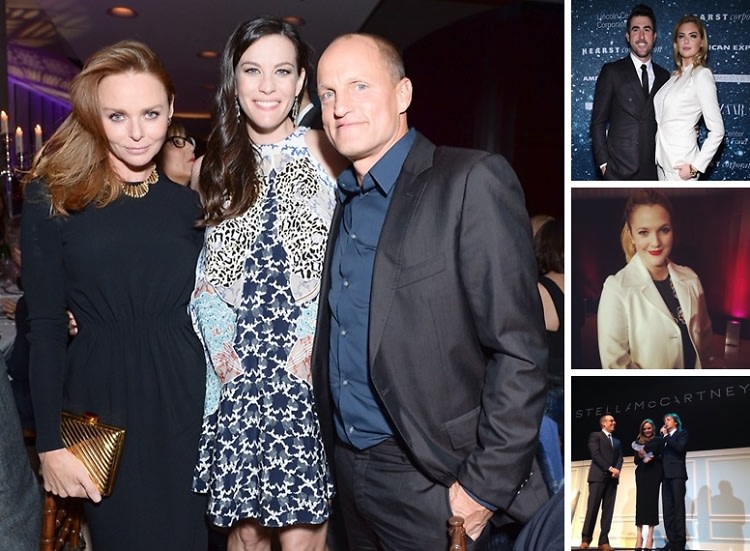 Last night, guests gathered at Lincoln Center to honor Stella McCartney with the Women's Leadership Award. The event featured host Chelsea Handler as well as Jerry Seinfeld and Sir Paul McCartney who honored Stella by presenting her with the prestigious award. In addition, guests enjoyed a musical performance by Dhani Harrison as they sipped on flutes of Veuve Clicquot. Other notables included Liv Tyler, Drew Barrymore, Kate Upton, and Woody Harrelson. For a look inside this star-studded evening at Lincoln Center, be sure to check out our slideshow.