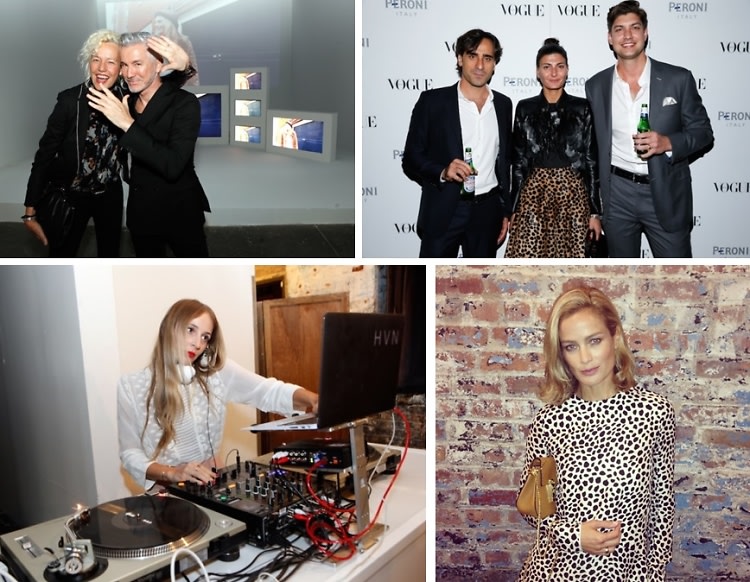 Last night, Peroni beer hosted a special event at Industria Studios with Vogue Italia, celebrating the 50th anniversary of the magazine with a behind-the-scenes film exhibit. A chic crowd flowed into the West Village event space, where they enjoyed Peroni as Harley Viera-Newton played music while the short films and interviews were displayed across the walls. Creatives including Oliver Stone, A$AP Rocky, Olivia Palermo, Quentin Tarantino, and Michael Fassbender were all selected by editor-in-chief Franca Sozzani for the exhibition, with clips from their Vogue Italia shoots playing on loop. It was a fascinating look into the making of the revered publication, and a fitting tribute to its enduring position as the leading voice in Italian style. Check out pics from the event ahead, and stop by 356 W 12th Street for the exhibit which will be up until October 22nd!