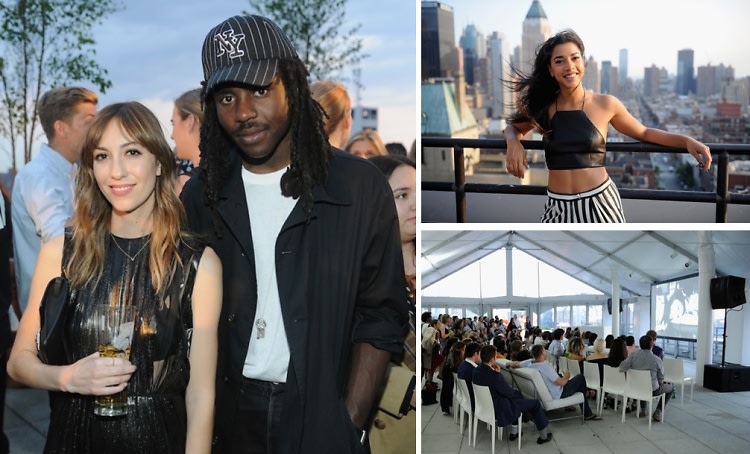 Last night filmmaker Gia Coppola hosted the launch of Peroni's 'Grazie Film Series' with a party at the Hudson Hotel rooftop. The series showcases both classic and contemporary films that exhibit Italian culture, and is curated by Coppola herself.

The night started with drinks on the rooftop as the crowd took in the sunset. Coppola spent much of the evening with Dev Hynes, who also scored her first feature film Palo Alto last year. The Timo Weiland team, Danielle and Jodie Snyder, and Caitlin Moe all came out to support filmmaker Tracy Antonopoulos' new short film, while Hannah Bronfman DJ'd the event.

Antonopulous' film was a perfect homage to Italian cinema, featuring a downtrodden woman shot in black-and-white before suddenly bursting with energy and color at the film's climax. The unique shots—filmed at LES hotspot Happy Ending, no less—only made viewers more curious and excited for Antonopoulos' work, and the film led way to Coppola's first selection in the series, the classic ‘Divorzio all’italiana' starring the legendary Marcello Mastroianni. With the NYC skyline behind the famous film, it was a charming way to kick off the series which will also head to Los Angeles and Miami, and then back to New York this summer.