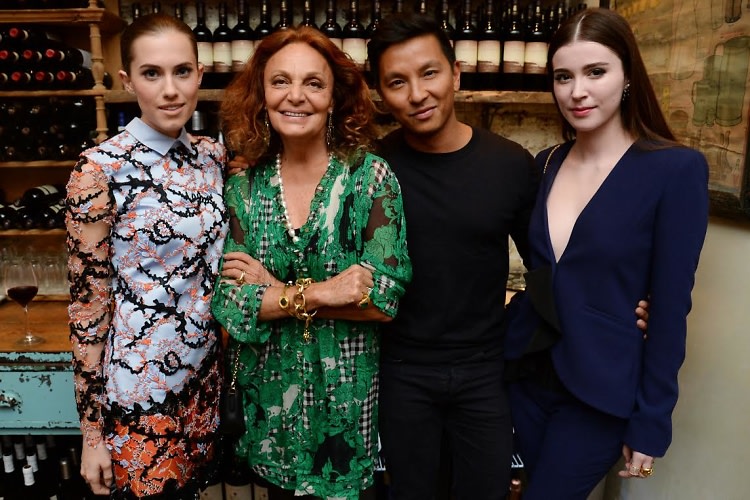 Allison Williams has had quite the week. Not only did the 4th season of GIRLS premiere with Williams in the middle of a very eyebrow-raising scene, she also began gracing the cover of Glamour's February 2015 issue (while co-star Lena Dunham sits next to her on newsstands on the cover of Elle!). Editor-in-Chief, Cindi Leive, was joined by a range of fashion and Hollywood A-listers to toast Williams at an intimate dinner at Il Buco Alimentari and Vineria. Diane von Furstenberg, Seth Meyers, and Prabal Gurung were among the night's guests, as well as Allison's famous father, Brian Williams. Click through for an inside look at the star-studded soirée in NYC!