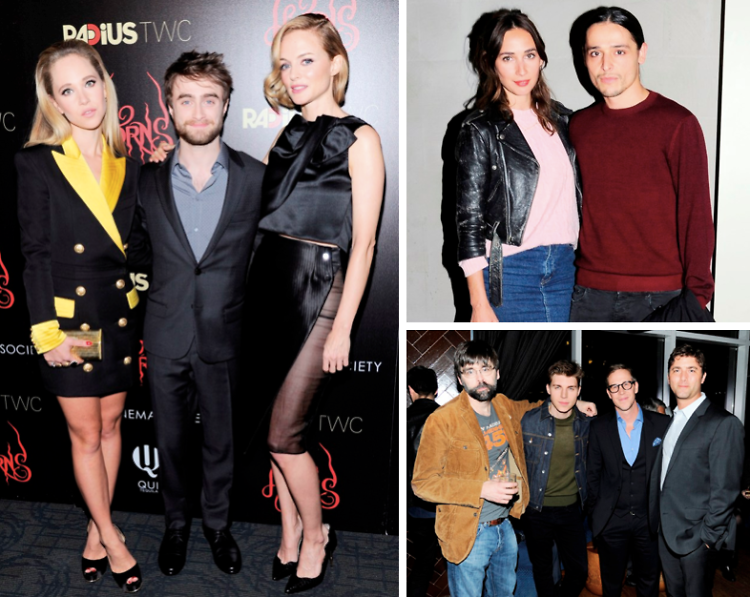 Daniel Radcliffe was quite the ladies' man last night at the premiere of "Horns" hosted by the Cinema Society and RADiUS TWC. He was joined on the red carpet by his two stunning co-stars Juno Temple and Heather Graham. The leading man was in the spotlight earlier this week when he had a delightfully feminist response to being called a "sex symbol" in an interview with the Associated Press. We've followed this boy through his years at Hogwarts, and it's clear that he's come a long way since the 'young boy wizard' days. We caught up with the 25-year-old actor and his fellow cast members to find out the real dirt behind the "Horns" film.