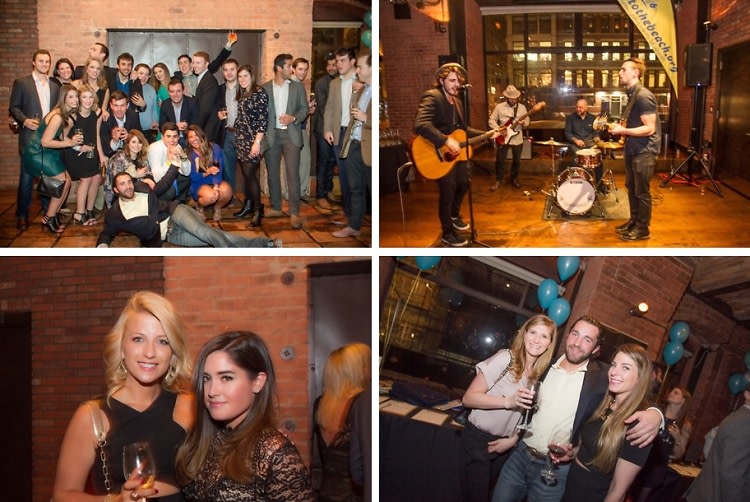 The Second Annual Bike to the Beach Benefit Bash Presented by Bulleit Frontier Whiskey saw partygoers cut loose at Astor Center in NoHo while sipping delicious concoctions like L'Apico Beverage Director Joe Campanale's own recipe for the Bulleit Blueberry Smash. Cocktails were poured by the mixologists from L'Apicio, who also provided delicious bites and kept the event smoothly running throughout the night.

The event helped to raise awareness for Autism and the Bike to the Beach June 5th 100-mile century ride from the Irish Hunger Memorial in Battery Park City to the Dune Deck in Westhampton, which benefits Autism Speaks. Lynne Freeman of Quest Autism Foundation gave a touching speech about the under served needs of the autistic like her son Jim, who participated in the merriment while showing off past adventures on his iPhone.

The highlight of the night was certainly a live performance by Jesse Stone, whose five-man band brought the house down! Jesse's funky rock and roll voice blended with the jams of his debut album had the fitness-minded carousers swinging their hips to his unique sound. Next year's Bike to the Beach Benefit Bash is not to be missed.

Go HERE for more photos by Ken Arcara and tag yourself and your friends!