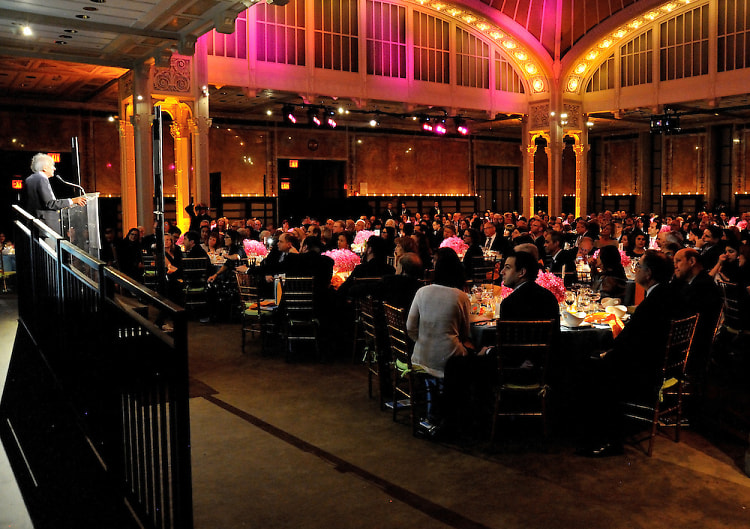 The Blue Card, a national non-profit organization dedicated to aiding Holocaust survivors, hosted its annual benefit gala celebrating its 81st year at at the Stephen A. Schwarzman Building at The New York Public Library.

The evening included the presentation of prestigious awards to individuals dedicated to supporting the needs of Holocaust survivors and advancing human rights worldwide, including The Richard C. Holbrooke Award for Social Justice, presented to Elie Wiesel by Michael Douglas and Kati Marton and inaugural Irene Hizme Tikkun Olam Award, named after Holocaust survivor Irene Hizme, which was presented to Sara Wolfensohn, Director of The Wolfensohn Family Foundation.

White House Liasion to the Jewish Community Matt Nosanchuk presented a specially-recorded message from Vice President Joe Biden to open the event. Biden commended Wiesel for his efforts to educate others about the Holocaust, "From you, Elie, I learned that we have to educate every successive generation exactly what happened, and we can never, ever forget.”