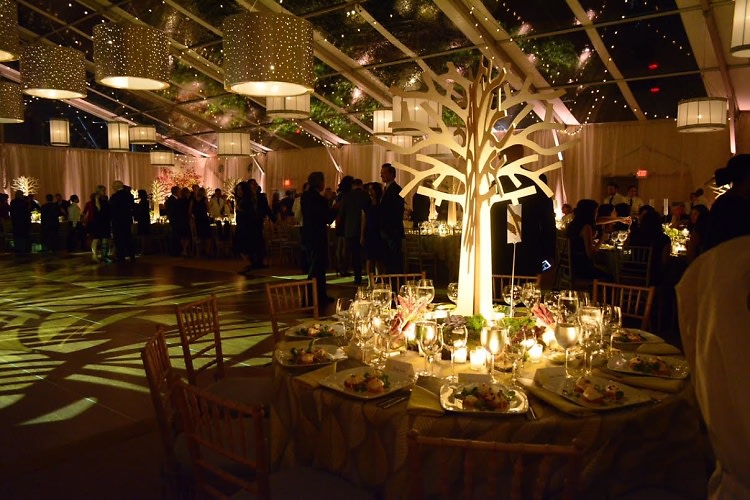 On Wednesday night, the Central Park Conservancy hosted their fifth annual Autumn in Central Park Benefit, turning the Naumburg Bandshell into an enchanted forest in the heart of the park. Hundreds of guests gathered in a tent turned picturesque party scene for an evening of dinner and dancing beneath the stars. The autumnal ambiance was absolutely breathtaking and managed to reflect the magic that radiates from Central Park year round. Attendees sipped seasonal cocktails, enjoyed a fall menu, and were individually gifted a sapling planted in their honor courtesy of Northern Trust, the sponsor of the event. Everyone got on their feet for some after-dinner dancing to the talented and versatile Starlight Orchestra whose repertoire ranged from Pharrell, to Aretha Franklin, to Nirvana and kept the room abuzz until the last uber took off.

The fall fête successfully raised over $1.1 million to help fund the Conservancy's mission to maintain the Park.