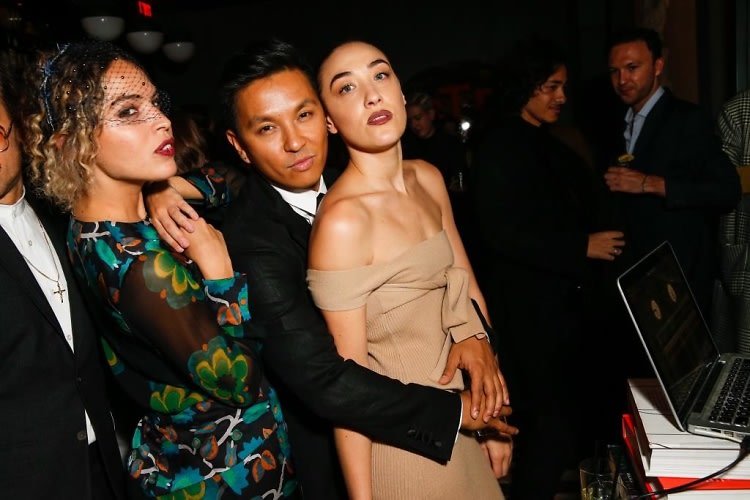 With the winners announced and the dinner down, attendees of the CFDA/Vogue Fashion Fund awards let loose last night at the downtown after-party at the SIXTY SOHO. The stars of the night were of course Aurora James, Rio Uribe, and Jonathan Simkhai, who all celebrated alongside fashionable guests including Diane von Furstenberg, Christian Louboutin, and Eva Chen. Hosted by Paul Andrew, Evan Fehren, and Ryan Roche, the after-bash was a lively way to end the night, with Mia Moretti at the DJ helm and Ciroc and Tequila Don Julio in people's glasses. Cheers!