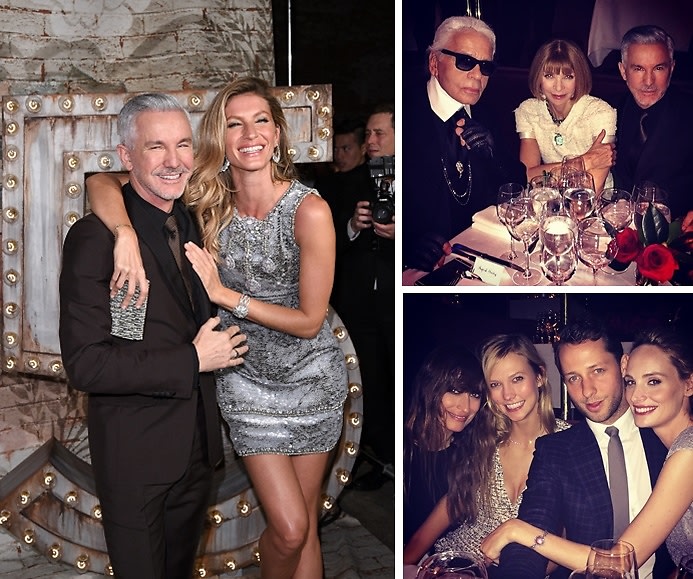 Last night, the biggest names in fashion gathered at the DIA Foundation in NYC to celebrate N°5, the film by Baz Luhrmann. Gisele Bundchen, the star of the artfully-imagined campaign, was among those in attendance, posing with the legendary director, Karl Lagerfeld, Anna Wintour, and more. The lavish cuisine, which included a caviar-topped baked potato, was presented by chiseled servers who, quite frankly, could have been Chanel models themselves. Click through for more photos from the exclusive dinner party!