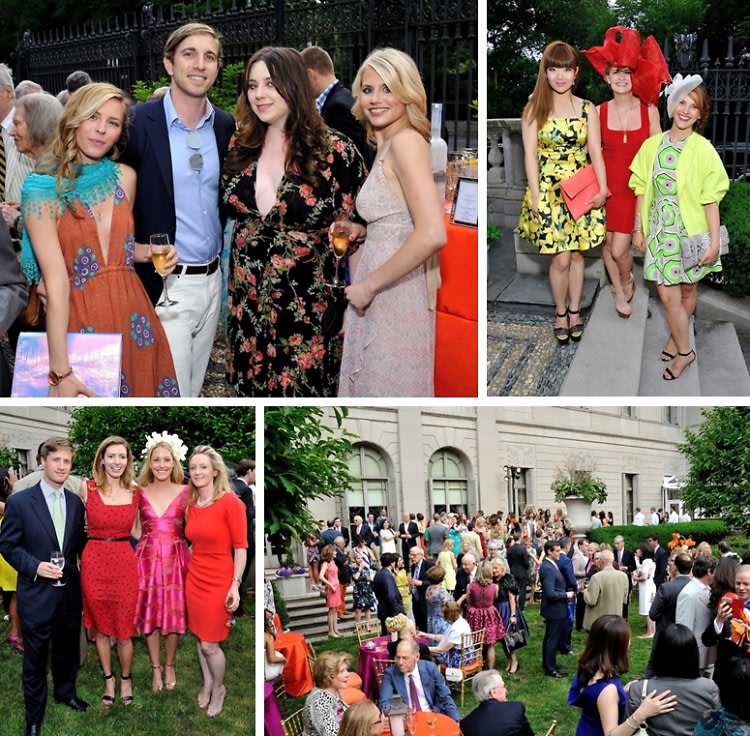 Last night, the Frick Collection hosted its annual Spring Garden Party in the museum's courtyard, overlooking Central Park. The evening celebrated the unveiling of Sir Frederic Leighton's 1895 painting, Flaming June as guests donned their spring garden party finest to explore the Frick family's "humble mansion for four - and 29 servants," as a Frick curator explained as the second floor of Henry Clay Frick's mansion was opened to the Fellows in attendance for the first time.

The opulent abode played host to over 600 Fellows of the museum as they socialized about, paying tribute to Leighton's Flaming June on loan from the Museuo de Arte de Ponce in Puerto Rico. Guests were able to float around the rarely opened Fifth Avenue garden as well as the mansion's second floor, which has never been open to the public before while sipping on specialty Belvedere cocktails throughout the night.

The evening brought out a slew of summer hues of orange in homage to Flaming June, as well as florals and flower crowns which were echoed through the Frick's floral arrangements. Click through for a look inside the Frick's 2015 Spring Garden Party and see some of our picks for the night's best dressed guests!