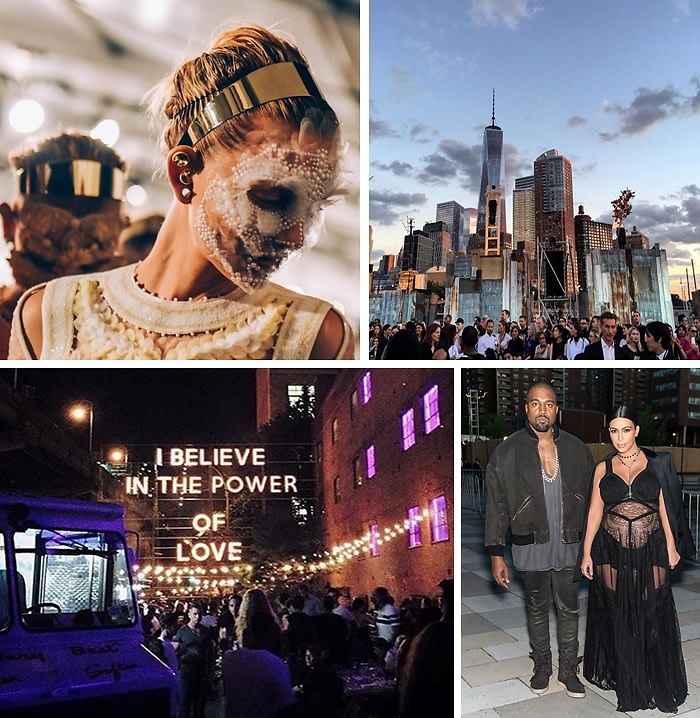 Where do we even start? Channeling an artistry and impact the fashion world hasn't seen since McQueen, Riccardo Tisci turned his 10th anniversary with Givenchy into a full-blown experience. Spectacle would be another word, but it would no doubt undermine the designer's meaningful vision. All in all a celebration of New York, the Givenchy show went way beyond fashion. Not only did the house team up with NYCGO to give out tickets to the public, it also set up various live viewing points around the city so New Yorkers could take part in real time.

For its first NYFW showing of the label, it's also worth nothing the date and location of the presentation. September 11th was hardly lost on Tisci or his guests, with the stunning freedom tower providing more of a focal point than Kim or Kanye. Bringing in artists Marina Abramovic, who worked on staging and design, and Marco Brambilla, who shot the show in 3D, Tisci truly turned his fashion show into a moving love letter to New York and its people.

But with celebrity-packed events come parties, and the after-party was on par with the best of them. Taking A-listers to an urban space at the foot of the Williamsburg Bridge, the Delancey Street soirée saw the likes of (of course) Kim and Kanye, Carine Roitfeld, Steven Tyler, Courtney Love, and Joan Smalls, who walked in the show and managed not to fall (shout out to Candice Swanepoel, though, she's a trooper).