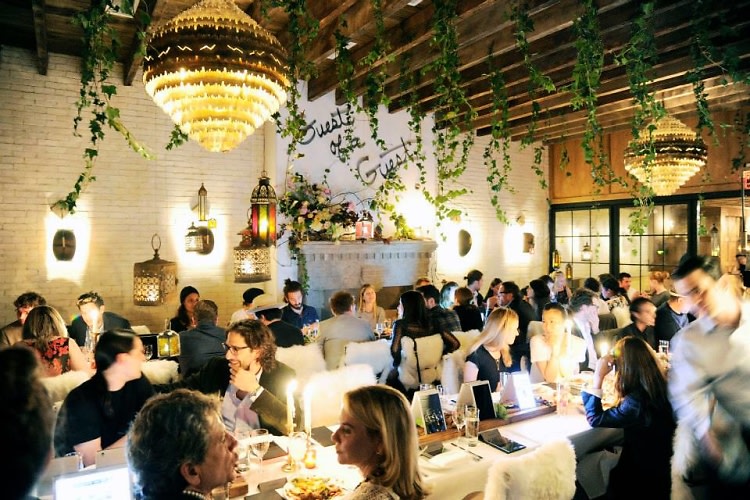 Last night, Guest of a Guest celebrated our long-anticipated relaunch with a party at the soon-to-be-open Ludlow Hotel, powered by Samsung. Guests arrived for a cocktail hour in the lobby of the Ludlow, which has already been called the inevitable hot spot of summer 2014. Hosts Sean MacPherson and Rachelle Hruska MacPherson mingled with guests including Timo Weiland, Rebecca Minkoff, and Leandra Medine, while other partygoers were encouraged to test out new Samsung gadgets, from Galaxies to smart watches. Needless to say, there were selfies galore. The private dinner, prepared by Carbone/Torrisi/Zalaznick’s Major Food Group - the same group behind the hotel's new restaurant Dirty French - was served in a lush dining room, where Samsung tablets made interactive centerpieces, allowing users to access Guest of a Guest's new, mobile-friendly site. Click through for more photos from our relaunch celebration!

Go HERE for more photos by Wendy Ploger from the Guest Of A Guest Relaunch Party and Prelaunch of The Ludlow Hotel!

Go HERE for more photos by Patrick Macleod from the Guest Of A Guest Relaunch Party and Prelaunch of The Ludlow Hotel!

Go HERE for Samsung shots from the Guest Of A Guest Relaunch Party and Prelaunch of The Ludlow Hotel!

All other photos courtesy of Patrick McMullan