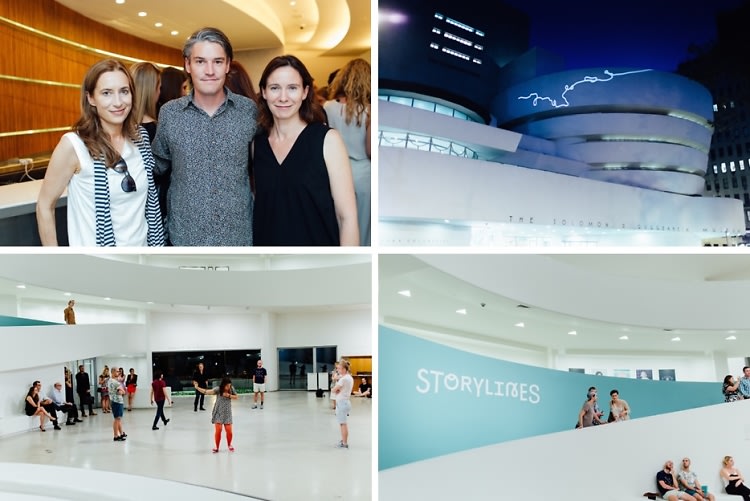 On Monday, the Solomon R. Guggenheim Museum Young Collectors Council and the museum's curators came together to celebrate an intimate dinner at The Wright - the museum's elegant daytime cafe under the rotunda.

Other details: The night, hosted by Liddy Berman and Josh Elkes, celebrated the artists featured in the museums summer exhibition "Storylines: Contemporary Art at the Guggenheim" including works by Gerard & Kelly, Matt Kreeganm Nate Lowman, Josephine Meckseper and Alexandre Singh whose works were all acquired by the Young Collectors Council.

The dinner included a public performance continuing the Storylines theme by Gerard & Kelly, Timelining which is performed every Monday on the museums floor under the famous rotunda above the circular staircase ascending the museum.