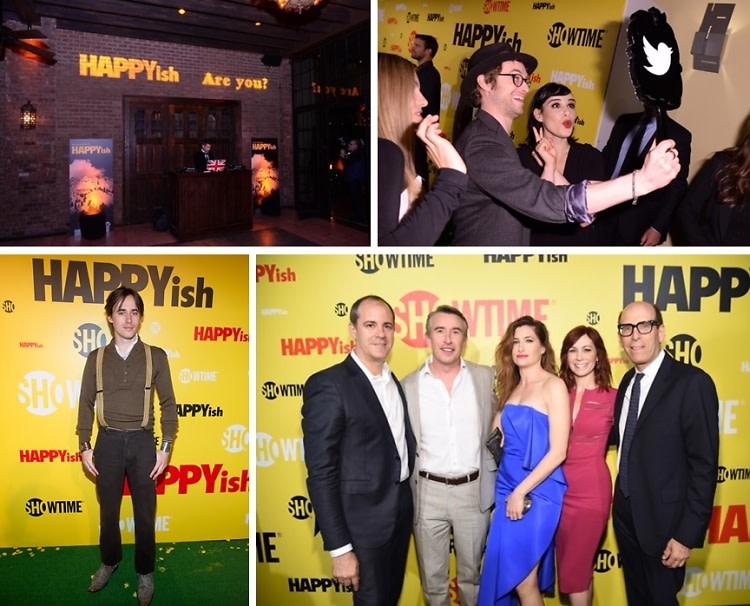 On Monday, April 20th, Showtime premiered its new series, HAPPYish, starring Steve Coogan, Kathryn Hahn, Sawyer Shipman, and Bradley Whitford. After a screening of the hilarious new show, in which the 44 year-old protagonist is thrown for a loop when his new 25-year-old bosses force him into the digital age, at Sunshine Cinema, the party continued at the Bowery Hotel. Click through for an inside look (and don't miss the series premiere on Sunday, April 26th!).