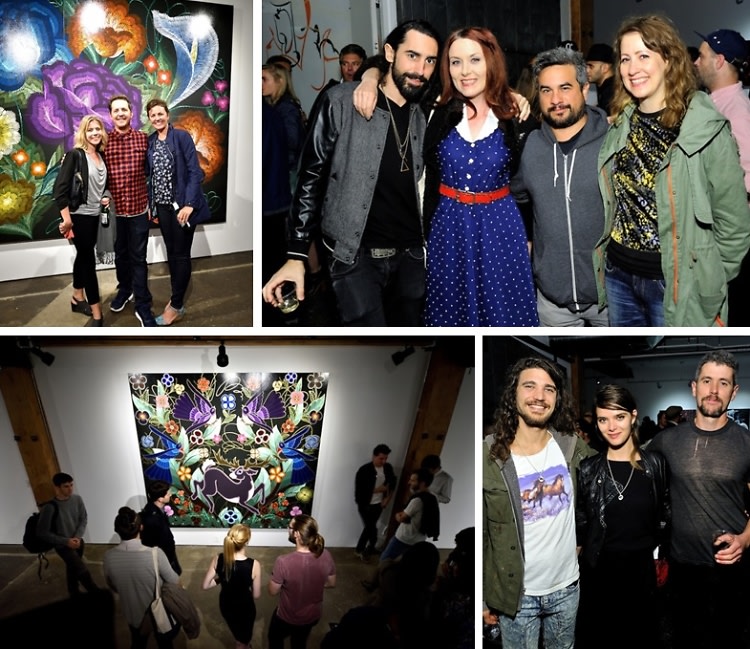 Joseph Gross Gallery presents Flores en Fuego, an exhibition of new paintings by Jet Martinez. Jet Martinez is known for his public mural work and paintings which push the boundaries of Mexican visual culture by exploring the intersection of ancient motifs and contemporary urban art. This is the first exhibition to take place in the new Joseph Gross Gallery ground-floor space, and the artist's first solo show in New York City since gaining international recognition. Martinez has completed over 500 public and private commissions worldwide, including his work as first-artist-in-residence at Facebook Headquarters.

Measuring 108" x 96", each piece demonstrates an evolution of his personal style and investigates the nuanced relationship between artistic tradition and global ties. Heavily influenced by the aesthetics of traditional Mexican arts and crafts, Martinez new body of work offers a study on the consistencies of community and culture by reincorporating it into contemporary style as street art. Having completed murals in locations as diverse as Oaxaca and Zurich as well as serving as director of the acclaimed Clarion Alley Mural Project, Martinez creates a public space not only in which to meditate upon the progression of our shared visual history, but to build a more global visual tradition.