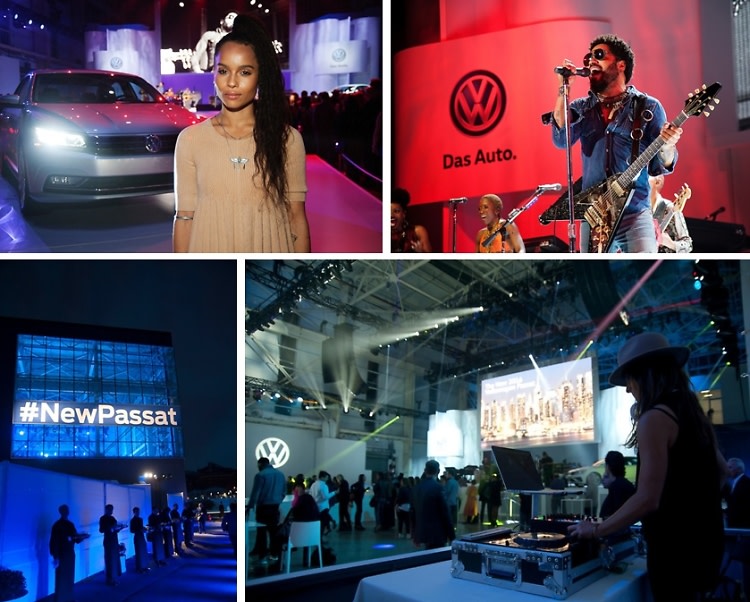 Many New Yorkers made their way to Brooklyn last night to attend the 2016 Volkswagen Passat Reveal, where Lenny Kravitz did a special performance to celebrate the launch.

Zoe Kravitz was in attendance to both support her father and the new Volkswagen Passat stating she was "excited to see her day play" in such a quintessential New York venue for such an exciting reveal. Zoe and her friends enjoyed the concert alongside the audience, who sang and danced, to some her dad's famous tunes. She later joined him backstage to congratulate him on his performance.

The nigh ended with guests and Volkswagen admirers alike, snacking on bite size desserts, enjoying Kravitz's classic hit songs, and experiencing the new luxury that is the 2016 Volkswagen Passat.

Go HERE for more photos by Vlasta Pilot and tag yourself and your friends!