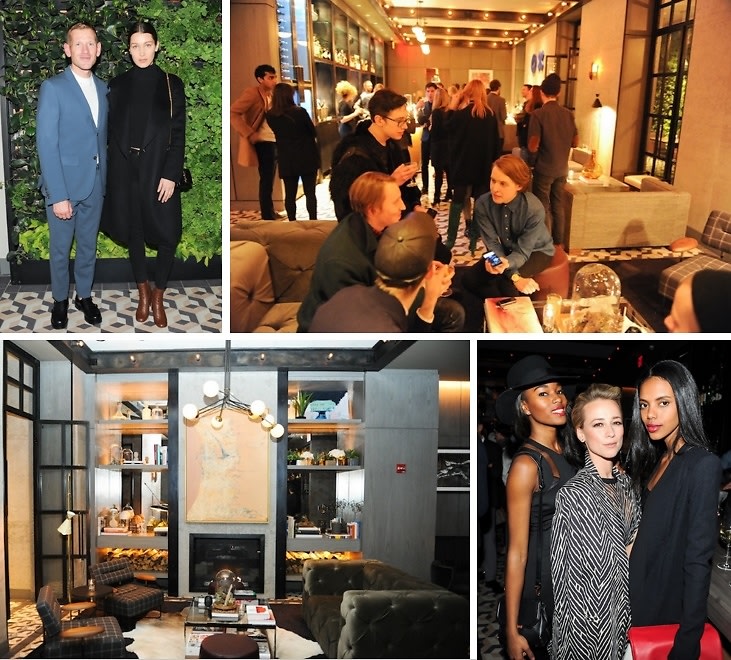 Last night, footwear designer Paul Andrew celebrated his CFDA Vogue Fashion Fund win with a cocktail party at the newly opened Gordon Bar at Sixty Soho. The annual award grants talented, emerging US designers $300k to support their lines, which in this case is Paul Andrew's namesake line following designing stints at revered brands like Alexander McQueen and Calvin Klein. The magnitude of such a prestigious award wasn't lost on the guests; dozens of Paul's close friends, fellow designers, and industry leaders were visibly excited for the British-born designer. Even during our interview with Paul, we were briefly cutoff for an immediate shoe request for a celebrity, something that's becoming increasingly ordinary for the brand. Nonetheless, the designer was totally humble, and more keen on enjoying the chic space and tasty cocktails with friends. Click through for our interview with the in-demand footwear designer and for an inside look at the exclusive event!