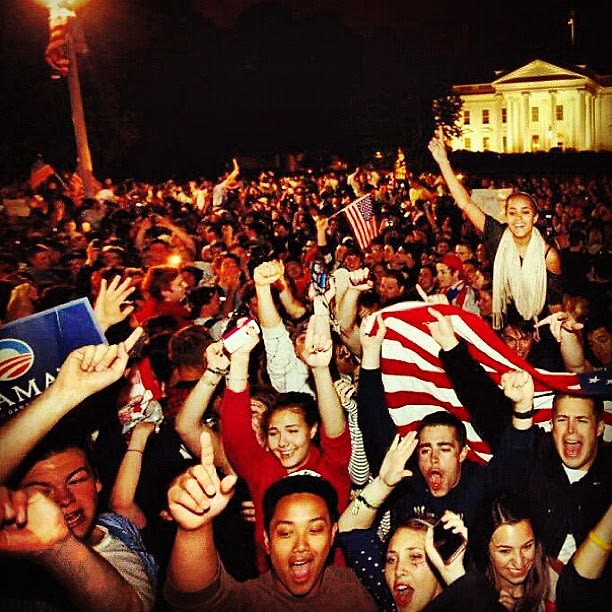 After what seemed like an endless campaign, Obama supporters around the country were finally able to breath a sigh of relief late Tuesday night as it was announced that President Barack Obama will in fact remain in the White House for four more years. While it was a decidedly rough night for Mitt Romney voters, it was a night of palpable excitement on the winning side of the coin. People around the country took to Instagram and Twitter to show their support for the newly re-elected President. Click through to see how people celebrated the win into the wee hours of the morning.