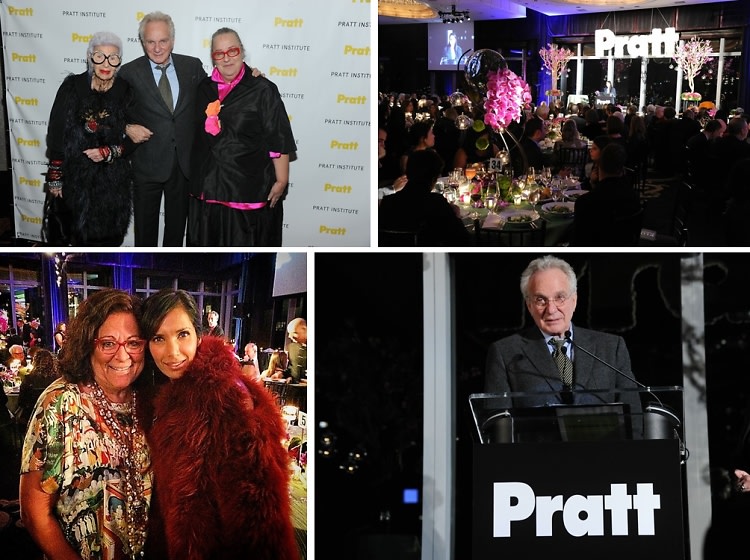 Last night called for a celebration of legends high above the glittering lights of NYC's Columbus Circle and sweeping Central Park. Hosted at the glamorous Mandarin Oriental, the 2014 Pratt Institute Scholarship Gala welcomed countless creatives, creators, and members of the Pratt community for a dinner honoring three legends in the worlds of art and design, and to raise funds for the students of Pratt to hone their crafts and live their dreams. The iconic fashionista Iris Apfel, jewelry designer David Yurman, and #InternetBreaker/PAPER Magazine co-founder Kim Hastreiter all received awards specially-designed by Pratt student Chengtao Yi, sculptures made of glass and metal meant to evoke the movement of nature. While guests enjoyed a delicious dinner consisting of spinach salad, salmon, and "forbidden" rice, presenters Duro Olowu, Padma Lakshmi, and Paul Greenhalgh spoke highly of the night's honorees, sharing praise and anecdotes about each of them. In addition to the awards presentation, the night's highlights included a text-pledge fundraiser, in which screens live-broadcast the donations guests texted in. By the end of the night $60,000 had been raised and inspiration had hit everyone in the room.