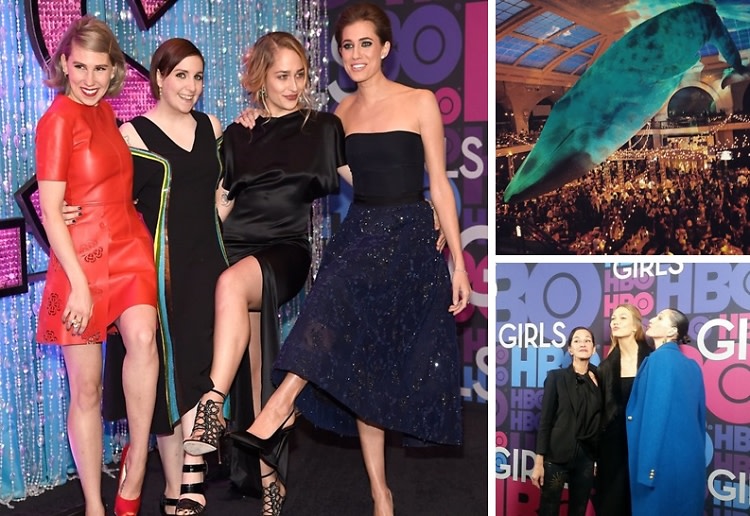 Last night, guests gathered at the American Museum of Natural History with stars Lena Dunham, Jenni Konner, Allison Williams, Jemima Kirke and Zosia Mamet to celebrate the fourth season of HBO's wildly-popular show, GIRLS. Meanwhile, since rumors have been floating around that Lena is engaged to boyfriend, Jack Antonoff, Lena jokingly put them to rest, explaining her ring was simply a symbol of friendship and that the couple was certainly NOT engaged (yet?!). Lena added: "I also just want to say, if we're going to get engaged, we would be more creative than to do it on New Year's Eve...We don't want to be basic." The event, which drew hundreds beneath the famous whale at AMNH, also welcomed other notables including Sophia Bush, Jenna Lyons, Karlie Kloss, Adam Driver, Nicky Hilton, and Jon Hamm.