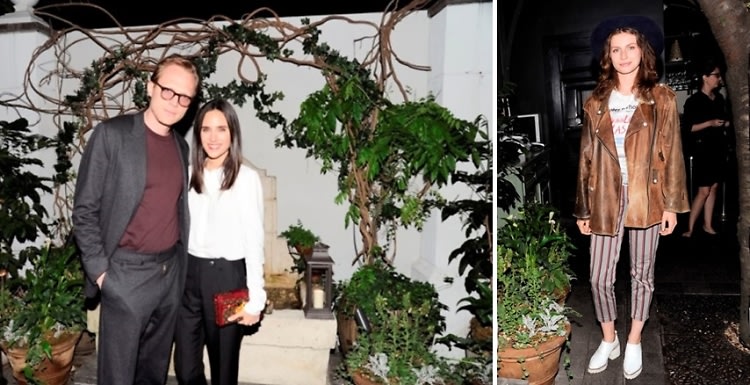 It was the perfect night for a garden party in Soho yesterday and thankfully that's right where we were for the after-party celebrating Sony Pictures Classics' new film, Aloft. After a special screening at the Tribeca Grand Hotel, the evening, hosted by The Cinema Society and Town & Country, continued in the chic Ladurée garden, where star Jennifer Connelly caught up with writer/director Claudia Llosa and other A-listers including Paul Bettany and Mischa Barton. Guests enjoyed Qui tequila cocktails named Aloft Aperitif and Healing Elixir, in theme with the film, and took in the fresh nighttime air of the lovely Soho escape.