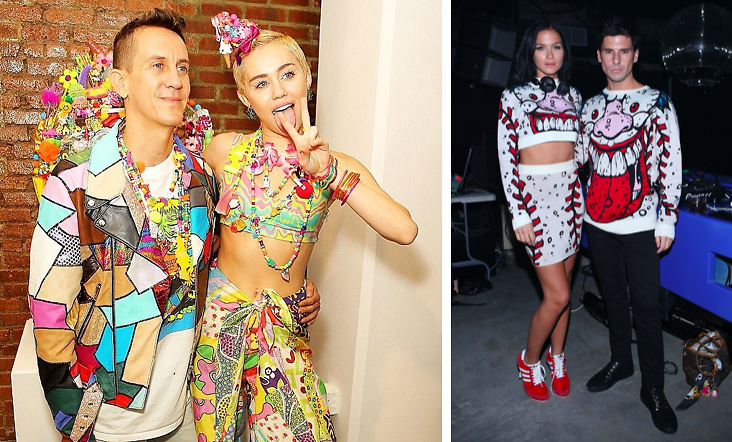 Last night, Jeremy Scott presented his S/S 2015 Collection at Milk Studios with Miley Cyrus. Jeremy, who designs for Moschino as well as his own line, collaborated with Miley to produce their art collection "Dirty Hippy." The two debuted the highly anticipated collection on Wednesday in front of a star-studded crowd. After the show, guests headed to the after party at Space Ibiza (aka Milk Studios) to party with Madonna, Skrillex, Diplo, and Atrak. Check out more photos from the runway show and after party.