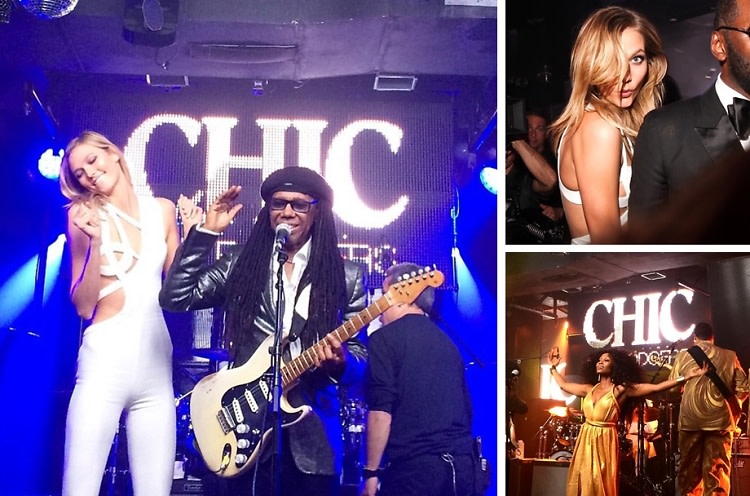 Last night in NYC, V Magazine celebrated the kick off of New York Fashion Week by hosting a blowout at Pacha NYC. The party also served as the setting for a new music video starring disco legends Nile Rodgers and Chic featuring a Versace jumpsuit-clad Karlie Kloss, who wasn't afraid to get down in front of the usually stoic fashion crowd. Everyone from Joe Jonas and Derek Blasberg to Cody Simpson and his girlfriend's sister, Bella Hadid, stopped by the neon-lit dance party to partake in the Inez and Vindoodh-approved festivities. Click through for an Insta-look!