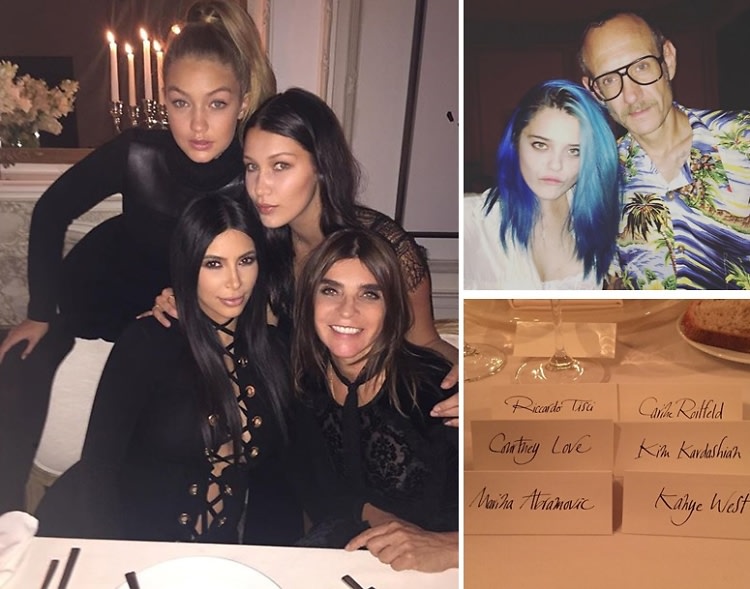 If you want to talk the tightest, most exclusive NYFW party thus far, this is it. French editrix Carine Roitfeld hosted a private dinner last night, ahead of her upcoming ICONS bash on Wednesday, for only her coolest and closest friends. While the event was especially low-key as far as media is concerned, guests including Kim Kardashian, Olivier Zahm, and Alex Pettyfer weren't shy about snapping to social media. There was definitely an interesting mix of A-listers in attendance, such as Kate Upton and a newly-blue Sky Ferreira, Bella and Gigi Hadid, and yes, even Courtney Love. Click through for an inside look!