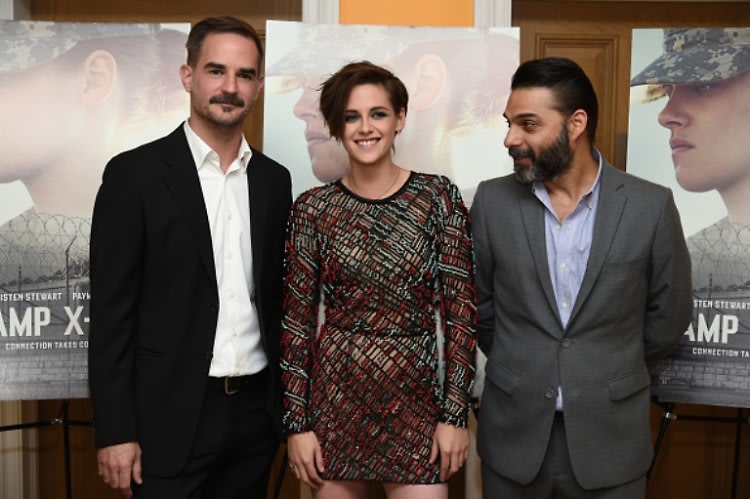 Last night, the cast and crew of new movie Camp X-Ray hosted a special screening of the film at the Crosby Street Hotel. Guests and members of the media enjoyed cocktails followed by an introduction of the cast and a viewing of the film. Writer and director Peter Sattler jokingly introduced his main character to the audience as an "up and coming actress." He continued, "I think you will be seeing a lot of her in the future." The infamous Kristen Stewart burst into laughter before addressing the crowd. Stewart, alongside Payman Maadi, Lane Garisson, J.J. Soria, John Carroll Lynch, and Cory Michael Smith, star in this story of friendship and difficulty between a guard and detainee at Guantanamo Bay. Click through for more details from the event and read what the actress had to say!