Last night was a great evening for parties for art lovers, tech geeks, politicos, fashionistas, socialites and even Steve Martin. 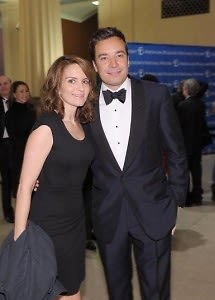 Where: American Museum Of Natural History

Other Details: Last night's annual museum gala was like a reunion for the cast of SNL. Steve Martin should get another notch on his hosting belt. Doesn't this picture make you miss weekend update? [Via] 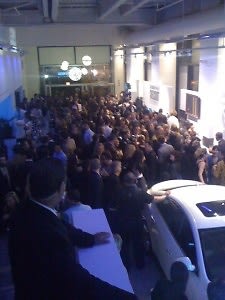 Other Details: The opening of the Wired pop up in the old Tower Records space was packed. Gizmos, gadgets, a photo booth, a Wall-E display, a car, a bike, and all sorts of other doo-dads and toys kept guests entertained. [Via] 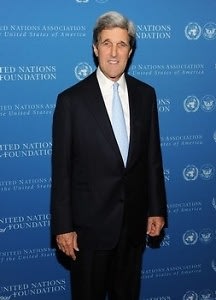 Where: The Waldorf Astoria

Other Details: Top international government officials and lots of businessmen came out for the evening. John Kerry told us he had met with Obama yesterday to talk about his New START program, while Ted Turner was engaged in an argument about wolves on his land with Deutsche Bank's Chris Burnham. [Via] 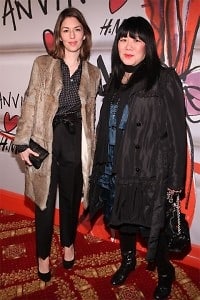 Other Details: Guests entered the facade of the hotel which was recreated and covered in graffiti to be greeted by flowers, plants and trees. Looks from the special Lanvin collection designed by Alber Elbaz for H&M were shown during a runway show. Get in line now, it's going to go fast. 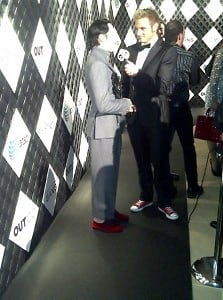 FINCA Celebrates 25 Years of Creating Pathways Out of Poverty 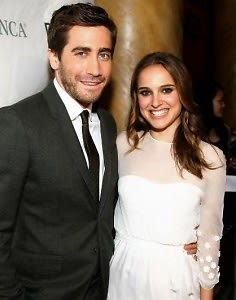 Other Details: Natalie Portman has been a long time supporter of FINCA, an organization who provides financial services to the world's lowest-income entrepreneurs so they can create jobs, build assets and improve their standard of living. 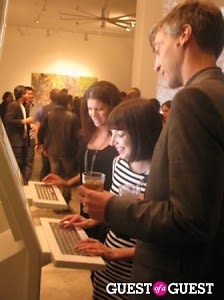 Where: Chelsea Art Museum Who Was There: Timo Weiland, Alan Eckstein, Leigh Lezark

Other Details: Decked in the invitation's Miami dress code, members of the artsy crowd mingled in the museum and listened to The Misshapes.  One lucky person won a two person trip to Miami Art Basel, but the main attraction was the burgers from Shake Shack:

@sarahrich: "Amazingly, free booze was not the thing that got @artlog party goers most excited at Chelsea Art Museum tonight. It was Shake Shack."

@Museum Nerd: "I'm concerned that the @artlog collectors are actually trying to collect the @shakeshack burgers. They're like vultures!" 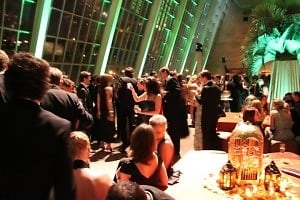 Where: The Metropolitan Museum of Art

Other Details: The theme of this year's benefit held in the museum's Temple of Dendur was Surrealism. Avant-garde films by Luis Buñuel and Maya Deren were played and there were plenty of painted-on Dali mustaches. [Via]