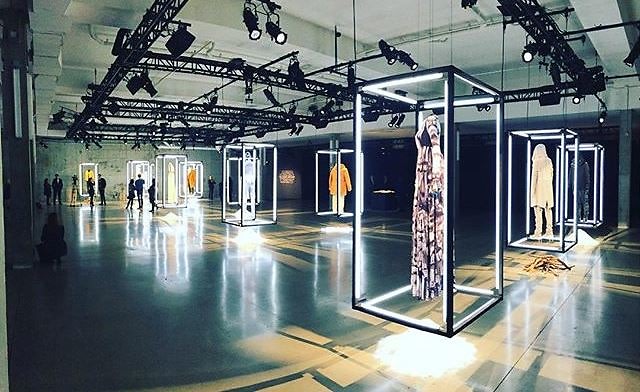 Who knew the fashion crowd could be so nerdy? With only about two weeks left until the release of the highly-anticipated, highly-guarded Star Wars: The Force Awakens, Bloomingdale's called upon a bevy of top notch designers to create special pieces inspired by the film. The sci-fi styles by brands from Timo Weiland and Rag & Bone to Opening Ceremony and Diane von Furstenberg are to be on display at the store's NYC flagship as well as auctioned off to benefit Child Mind Institute, on behalf of the Star Wars: Force For Change charity initiative. The film's buzzed-about new stars, Lupita Nyong'o, Daisy Ridley, and John Boyega even made an appearance, taking in the Stormtrooper-Chic and Wookiee-Casual couture.