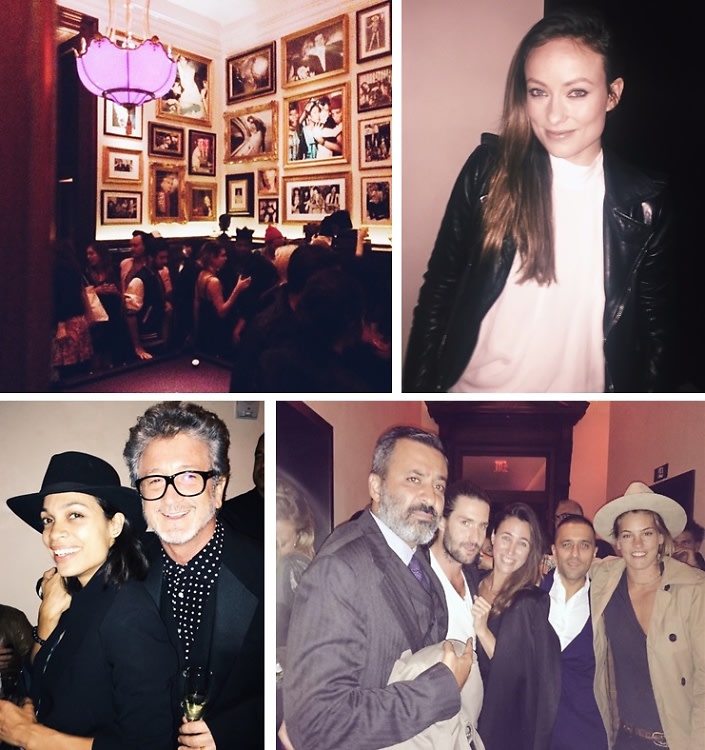 Continuing a week full of parties, Maiyet, Conscious Commerce, and Milk Made teamed up to host a cocktail party last night celebrating the opening of the New York EDITION. The party took place at The Clocktower, the new restaurant led by Jason Atherton and Stephen Starr, but the event was different from the night before. This time around, the welcomed chaos was traded in for a relaxed atmosphere, t-shirts and jeans replaced the suits and gowns of opening night.

A pool table stood in place of the dining table made famous by exuberant dancers...and no one risked cutting up the felt with alcohol-fueled dance moves. There was more space, enough to actually notice the immaculate design details that filled the rooms. The crowd was as cool as you would expect with the brands involved; downtown stalwarts rolled through to check out the space and throwback some tequila with Mazdack & co. Alexandra Richards was in charge of the sounds, with Conscious Commerce founders Olivia Wilde and Barbara Burchfield sitting at a table right beside her. Silicon Valley star Thomas Middleditch, artist Peter Tunney, and DJ Vikas Sapra all checked out the space for the first time, while Rosario Dawson, Harif Guzman, and Phil Winser made their way back to the hotel for the second night in a row. And for the second night in a row, the EDITION was the only place to be, marking its arrival as the most fashionable venue in New York right now.