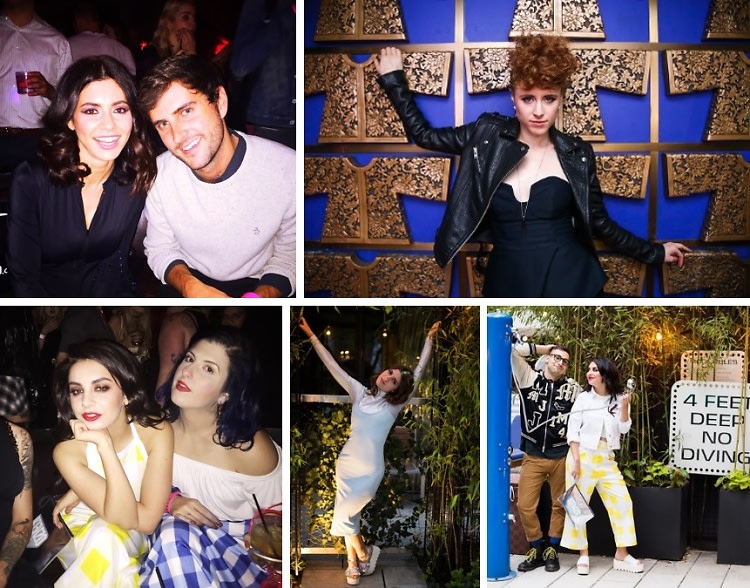 The best and brightest new names in music celebrated the June/July issue of NYLON last night, along with the festival fashion-stocked boohoo.com. Kicking off with a private dinner party at the Dream Downtown and culminating in an exclusive dance party at TAO, next door, the night was nothing short of what we'd expect from one of our favorite mags. Marina Diamandis of Marina and the Diamonds hosted as the issue's cover star, and partied with other A-listers including Charli XCX, Jack Antonoff, Kiesza, and even designer Christian Siriano. With plenty of cool kids in attendance, the outfits were almost as bright as the hairstyles. With music by Angel and Dren and Juliana Huxtable, and #FROOT-y cocktails provided by Absolute Elyx, the event turned into a late-night rager we ALL felt Friday morning. #WorthIt.