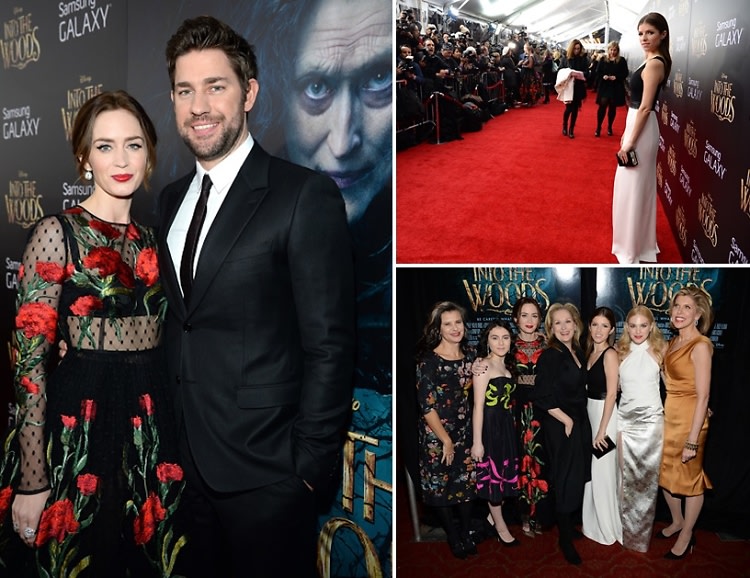 Theater nerds around the globe, this is the moment you've all been waiting for. The movie adaptation of Stephen Sondheim's cult classic musical, Into The Woods, premiered last night in NYC to a star-studded audience at the Ziegfeld Theater. Cast members Meryl Streep, Anna Kendrick, and Emily Blunt were all in attendance, although we're sure we're not the only ones who missed Johnny Depp, who plays the villainous wolf in the film. Blunt, who was joined by her adorable hubby John Krasinski, won our pick for best dressed guest in a stunning Dolce & Gabbana number straight from the runway. Click through for an inside look!