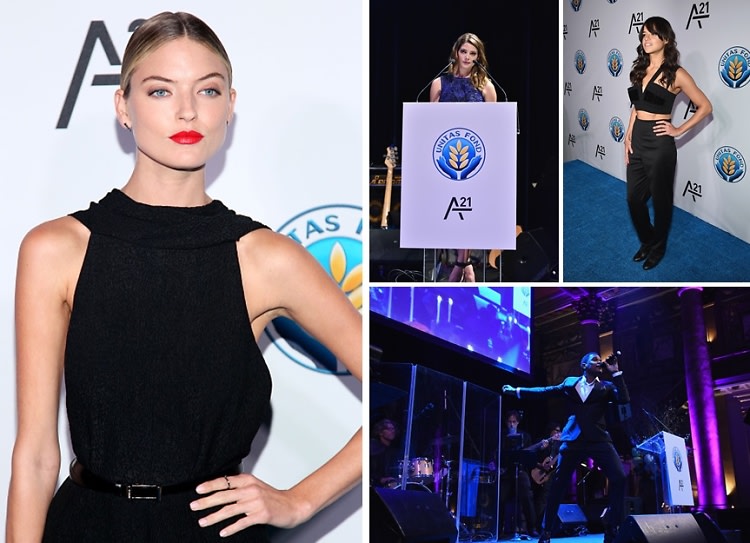 Last night, Unitas (chaired by Dennis and Kimberly Quaid) hosted its first annual gala at Capitale in Soho to raise funds and awareness for socially endangered citizens around the world, and to fight against poverty and the ever-growing crime, human trafficking.

Speeches from A21 Campaign Director, Christian Elliott, and actress Ashley Greene kicked off the evening, followed by a special auction and performance by Maxwell. Celebrity guests spanned the full spectrum, from Michelle Rodriguez and Courtney Love to supermodels Alessandra Ambrosio and Martha Hunt, which truly reinforces just how important this issue is. Did you know that every 30 seconds someone becomes a victim of modern-day slavery and 99% of them are never rescued? That's an estimated 27 million victims across the globe. We chatted with Michelle Rodriguez about how she originally became interested in this issue: "I watched a documentary a few years ago," she said. "It was so powerful. How could you not feel empowered to get involved?" While we had her, we couldn't help but ask what's in the works for Fast & Furious 8.