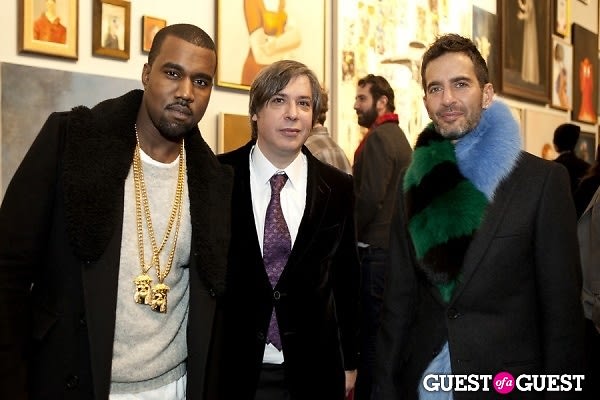 Click HERE for more photos by Mark Iantosca, and tag yourself and your friends.

Last night at the New Museum's private opening of "George Condo Mental States," the American artist perhaps most widely known for painting the explicit sexual cover image on Kanye West's album My Beautiful Dark Twisted Fantasy brought in the stars from fashion and Hollywood to make this the hottest party of the night. And we've got photographic proof.

Marc Jacobs had just flown in from Paris, where he was overloaded with Men's Fashion Week. Lorenzo Martone, Jacobs's ex, kept close to the designer most of the night, but the two insisted they are just friends at this point. Luckily Marc Jacobs, unlike the injured Donna Karan and the ski-accident prone Diane von Furstenberg, was in tip-top social shape.

Kanye West, who wore two gold medallions around his neck and a fur-lapelled pea coat, kept it low key and made polite chatter with Jacobs. 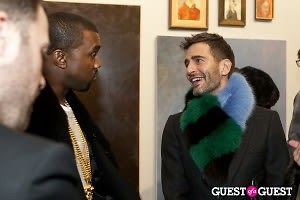 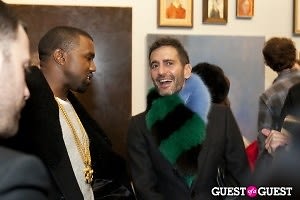 Though West's relationship with Condo has been mainly through commissioned paintings (I overheard him say he plans to use the artist for the rest of the album covers in his career), Jacobs knows the artist through a collectors standpoint, owning a couple of Condo's pieces.

Condo's work, often highly sexualized, takes on an oneiric bent that blends reality with fantasy; he derives much inspiration from caricature, European history portraits, and Greek myth. That eclectic influence base seems in keeping with the rhapsodic visual translation of hip-hop he channels when painting for West. 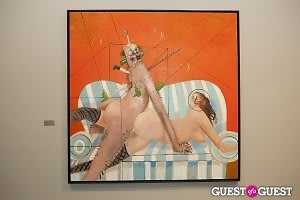 West eschewed any press last night. With a warm smile, he told an Observer reporter, "I don't talk to the fuckin' press" and gave the gumshoe a big bear hug.  West then took the opportunity to greet fans and pose for photos. 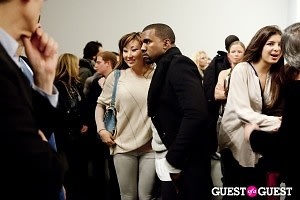 Fashion designer Adam Kimmel and his wife, actress LeeLee Sobieski, spent a couple of minutes chatting with West. Sobieski had no qualms about her film "Branded," which had been stalled possibly because of Russian mob difficulties and instead cavorted laughingly with a small crowd. 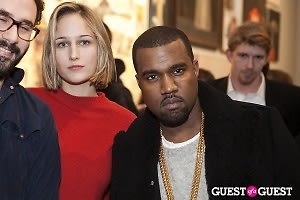 Kimmel asked West where he stayed when in New York, and West told him he had an entire floor over on Mercer and Houston. The TriBeCa couple propositioned the singer to come over for dinner some night.

Kimmel, who was holding the coats for the evening so as to make for an efficient exit when the party stopped, took down the number on his cell. 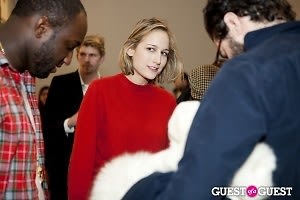 West moved on and schmoozed with other courtiers. 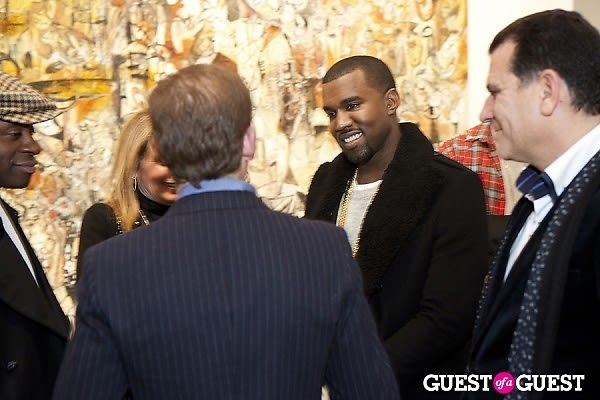 And despite the celeb-studded event--which included Julian Schnabel and Mary-Kate Olsen, who stayed low profile with a bearded gentleman--the night kept its art-focused cred. 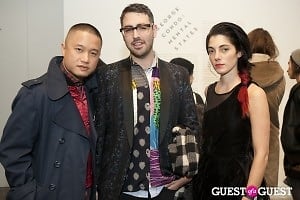 Artlog's Manish Vora kept his eye on the art. 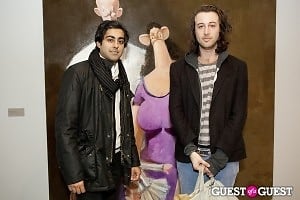 And this couple stuck with each other. 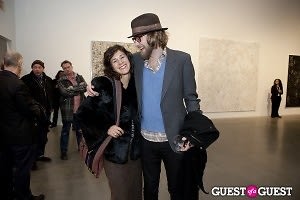 [LeeLee Sobieski Video Interview: Is Her Film Stalled Because Of The Russian Mob?]