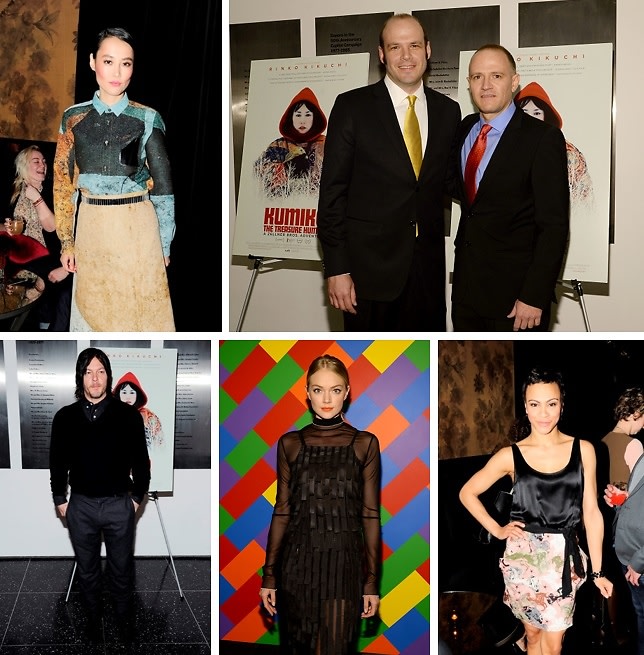 On Thursday night in NYC, Amplify Releasing and The Cinema Society hosted a screening of Kumiko, The Treasure Hunter, a new film starring the Oscar-nominated Rinko Kikuchi.  Writer Nathan Zellner and writer/director David Zellner joined the actress at the screening, which was held at the Museum of Modern Art. Other A-list attendees included Norman Reedus and Lindsay Ellingson, who stunned in an all-black sheer ensemble. The after-party was held at the ever-exclusive Beautique, where guests sipped Qui Tequila cocktails named Fargo Fusion and Buried Treasure, inspired by the film. Click through for an inside look!