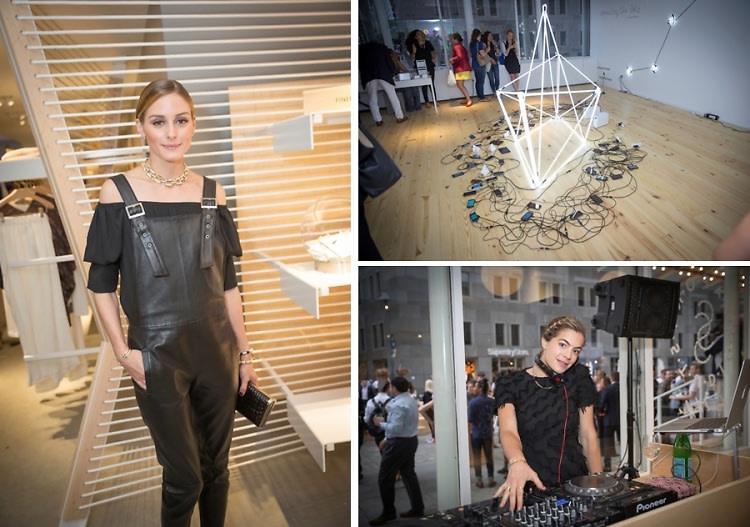 The edges of New York have always been lined with some of the most popular warm-weather destinations, from fitness-filled piers to highly sought-after boating experiences. South Street Seaport has become one of the most increasingly popular spots, partly because of the charming cobblestone streets and fascinating neighboring architecture, but also because of growing attractions like the Seaport Studios, which hosted its launch party last night.

With WWD partnering with Seaport Studios, the fashion crowd naturally swarmed the bi-level space, which showcases a rotating selection of independent brands and art exhibits. Chelsea Leyland continued her hot streak by delivering another mix that had Brandee Brown, Harif Guzman, and Lexi Boling all dancing on the ground floor as guests perused the fashion items such as Rochambeau and Baja East. Artist Shantell Martin was also on hand to create one of her famous live drawings, but the art didn't end there. Upstairs there was a large Esmeralda Kosmatopolous LED sculpture resembling a paper boat, that doubled as a massive phone charging station. Artist Baron Von Fancy also had his creations for sale, and guests left the event with a t-shirt with the word 'Babe' printed on it in his signature typeface. They also left with coupons for free food and drinks, which they immediately used outside at Smorgasburg, where Ramen Burger, Pizza Moto, and more had stands. Most of the party spilled over to the streets on the warm evening, which is likely what South Street Seaport will look for the rest of the summer.