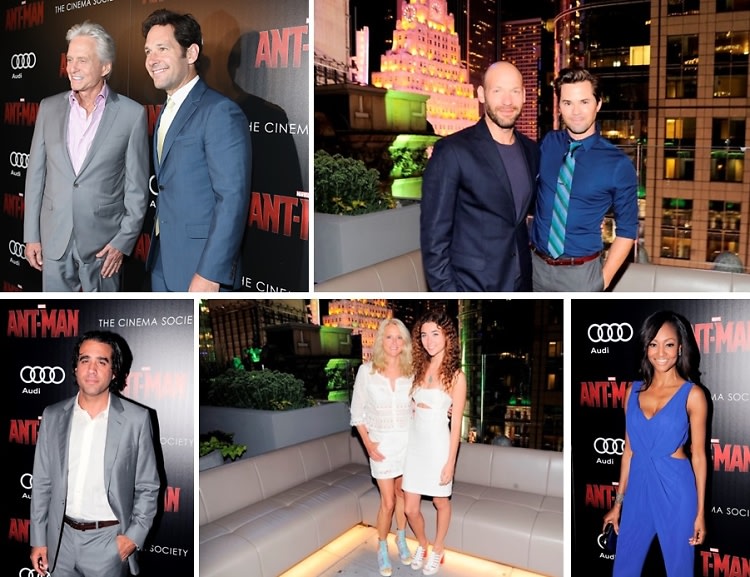 A tiny hero means a big party. At the screening hosted by the Cinema Society and Audi, the far from ant-sized cast of Marvel's Ant-Man, including our newest super, Paul Rudd, and his co-stars, Michael Douglas, Corey Stoll, Bobby Cannavale and Michael Peña, riled up the crowds and attracted as many celebrities as crumbs do ants. Guests included Raven-Symoné, Andrew Rannells, Andrew Jarecki, and Malin Akerman, to name a few. After being blown away by the much-hyped film, attendees headed to St. Cloud to enjoy custom drinks by Qui tequila, including the Ant-Man Aperitif and Dr. Pym's Potion. Click through to enjoy the event for yourself!